These Crockpot Chicken Fajitas turn out so flavorful, juicy and tender! Made with just 4 ingredients, they’re nearly hands off, and freezer-friendly! Serve with easy homemade salsa, guacamole, and lime crema.

Anytime we go out for Mexican, my husband and I always order fajitas.

Sometimes it’s beef, sometimes it’s chicken, but we love knowing that our meal is mostly vegetables and protein, and SO, SO GOOD!

Since it’s cheaper to cook at home than it is to go out, I started looking for a great crockpot chicken fajita recipe that would live up to our expectations. And after several rounds of testing, I finally created one that made the cut!

I’m not joking when I say that I made A LOT of chicken fajitas while testing this recipe.
Some were boring, some were too watery, some had really tough chicken… most were nothing like the fajitas we get when we go out to dinner.

Finally though, I created a recipe that was:

These best crockpot chicken fajitas only calls for four ingredients:

Should you use McCormick spices or homemade?

Something in McCormick that makes me gassy! Plus using your own spice blend lets you customize how much flavor and spice you want for your chicken fajitas.

Can you use chicken fajita seasoning?

Sure! If you like chicken fajita seasoning, then use what you like! As I said earlier though, I tested SO MANY variations of this recipe and found that many were lacking in flavor.

The spices I use in this recipe are tried and true, and won’t leave your dish boring or plain!

Why no chicken fajitas with cream cheese?

I add cream cheese to my slow cooker chicken chili, but I wanted to re-create the fajitas that we’ve grown to love at local restaurants… and they definitely don’t add cream cheese!

You’re welcome to add 8 oz of cream cheese if you want. Add it at the very end, after you’ve removed some of the excess liquid from the fajitas.

How to Make the Best Slow Cooker Chicken Fajita Recipe

The biggest issue I came across while testing this recipe was the fact that the ingredients released juices while cooking, creating a “soup” of sorts when it was done cooking.

Unfortunately, all of the spices that I had used got lost in those juices, and our fajitas were left tasting bland and boring. And let’s be honest – no one wants bland and boring chicken fajitas!

I increased the spices a little, and then a little more, and finally got the right ratio to make the best chicken fajita recipe!

You can make this a freezer meal to dump and go!

Do you serve crockpot chicken fajitas with rice?

I like to serve crock pot chicken fajitas with cilantro lime rice or cauliflower rice, but you can also serve it with plain Instant Pot brown rice if you prefer!

What else to serve with slow cooker chicken fajitas: 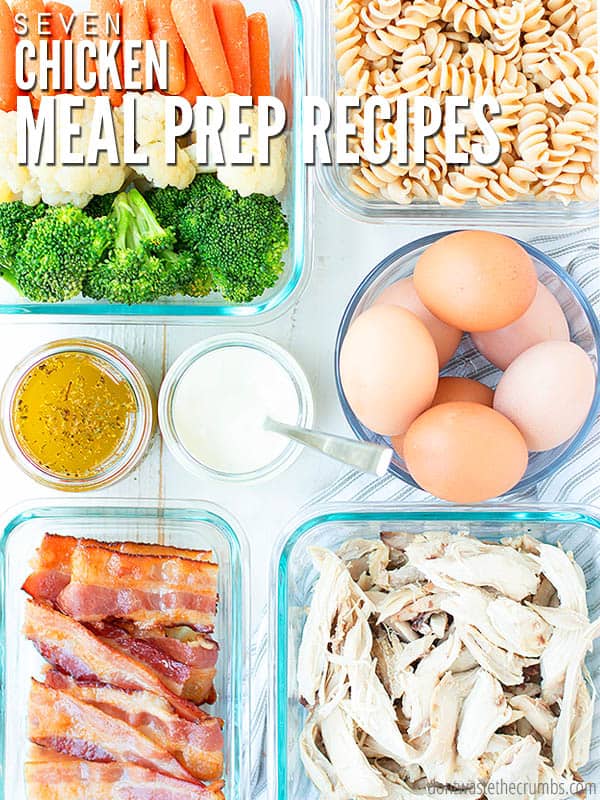 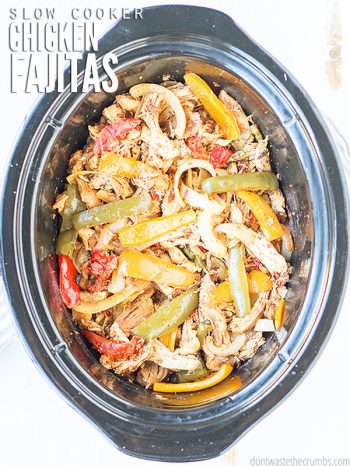 These Crockpot Chicken Fajitas turn out so flavorful, juicy and tender! Made with just 4 ingredients, they’re nearly hands off, and freezer-friendly!