Quick Potato Skins are an easy way to take an ordinary vegetable and turn it into something the whole family loves. These are crispy, healthy and loaded with delicious toppings! To enjoy them with some spicy tang, top them with our 15-Minute Homemade Hot Sauce! 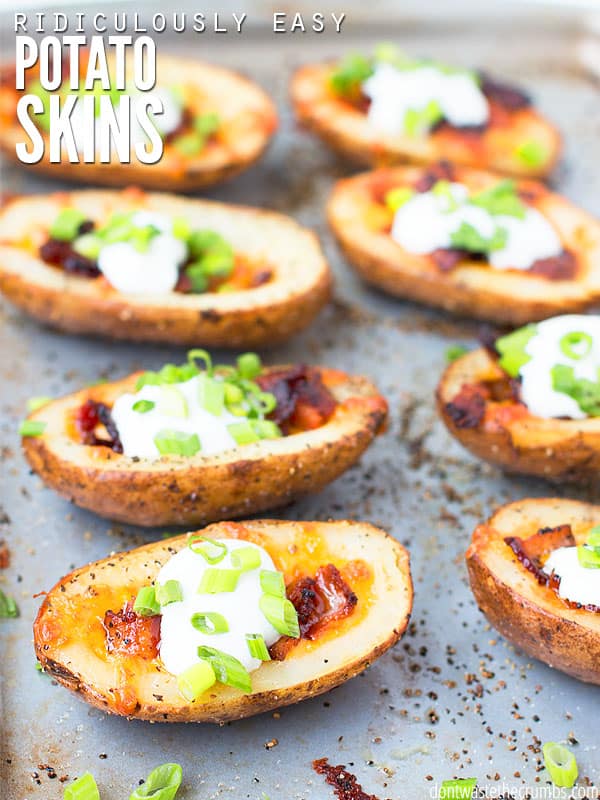 I’ve shared how you can cook a baked potato crazy fast, and today I’m showing you why.

Allow me to introduce the amazing, incredible, always a hit and not made nearly often enough, good enough as a side dish and NOT just an appetizer: potato skins.

Oh friends, if this is what you think of potato skins, then we need to have a little chat. 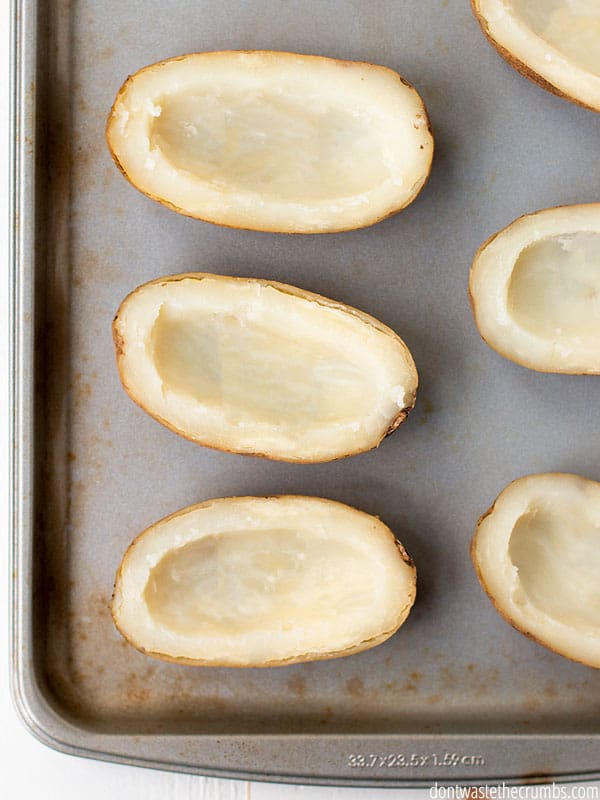 Why are potato skins one of my favorite side dishes to prepare? Here are five good reasons…

And it should definitely be tonight. Yes, make it tonight. Your family will love you forever and ever. 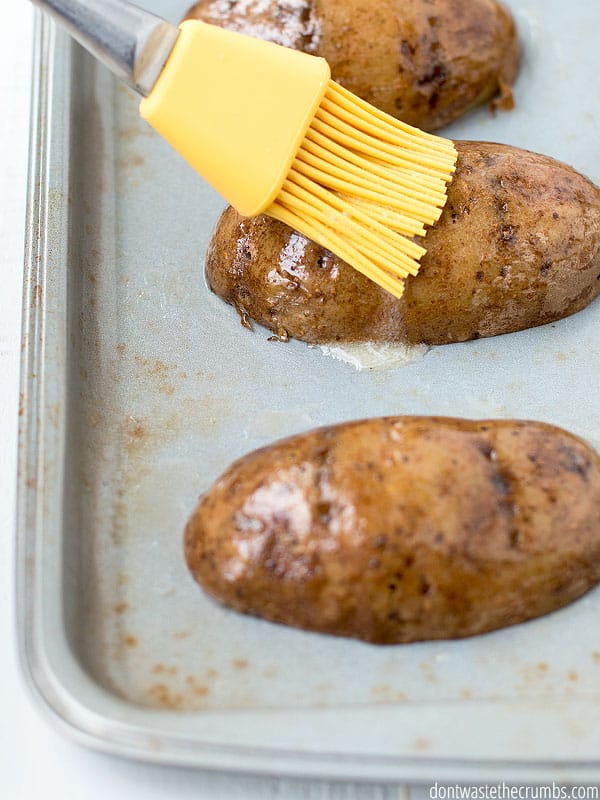 How do I know? Because every time I make potato skins they are LITERALLY devoured in minutes.

I’ve had to start making a double batch because the family loves them so much. And just when I thought potato skins wouldn’t go over so well as leftovers…

The kids LOVE it when I give them leftover potato skins in their lunches. And you know what? I don’t feel one ounce of mom guilt letting them have it.

Why? Because I made them and I know what’s in them. You can’t say the same thing for most things found in a kid’s lunchbox nowadays…

I will admit though, that there is a drawback to potato skins and that’s the time it takes to cook a baked potato. BUT, I’ve found a way around that too.

The key is to plan ahead. You don’t have to plan WAY ahead, just a little bit. 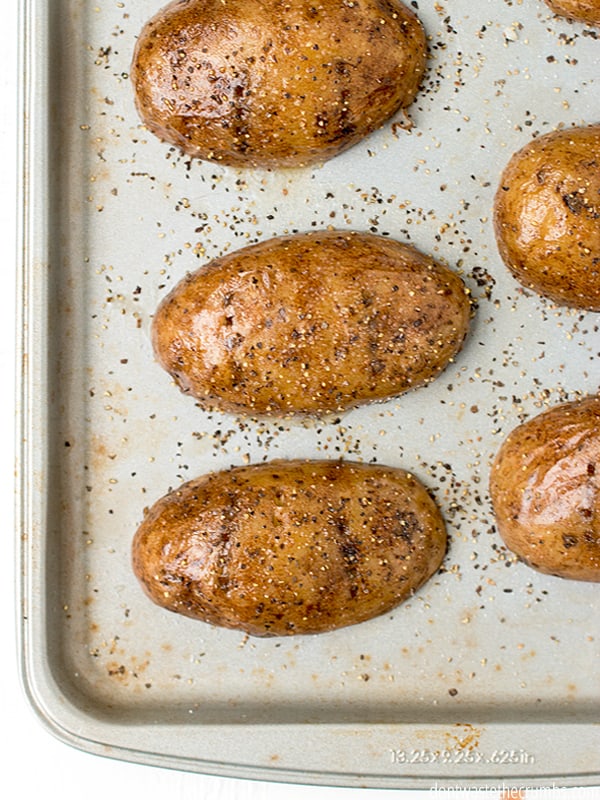 With just 8 simple ingredients, this recipe is satisfying and delicious! 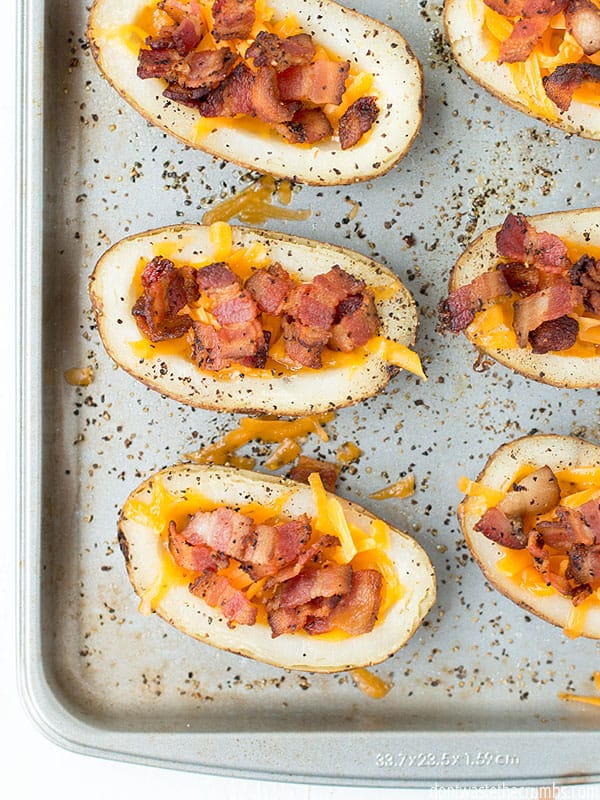 Put it all together and what do you get? A side dish that your family will absolutely love and one that will easily make it to your weekly meal plan! 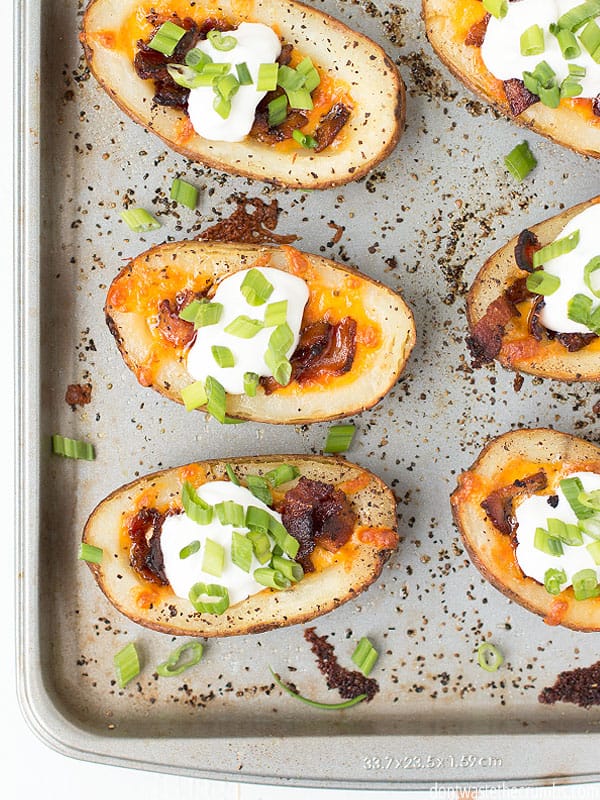 Ways to Make this Meal Faster… 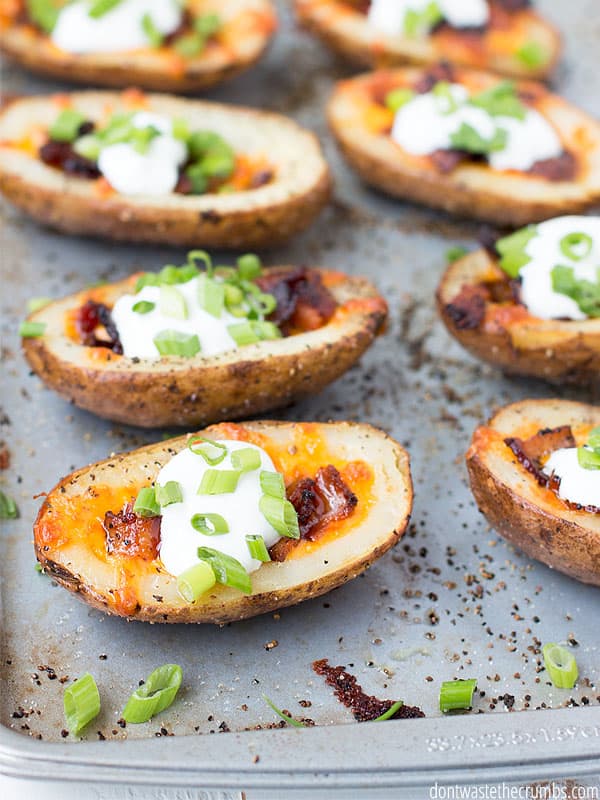 What Can You Do with the Inside of the Potato Skin?

You can make mashed potatoes, of course!!! Or how about potato salad?

Can you Freeze Potato Skins?

Yes! Once completely cooled, flash freeze them for 1 hour. Then place them in a zip-sealed freezer bag. After defrosting, simply warm them in the oven until hot. 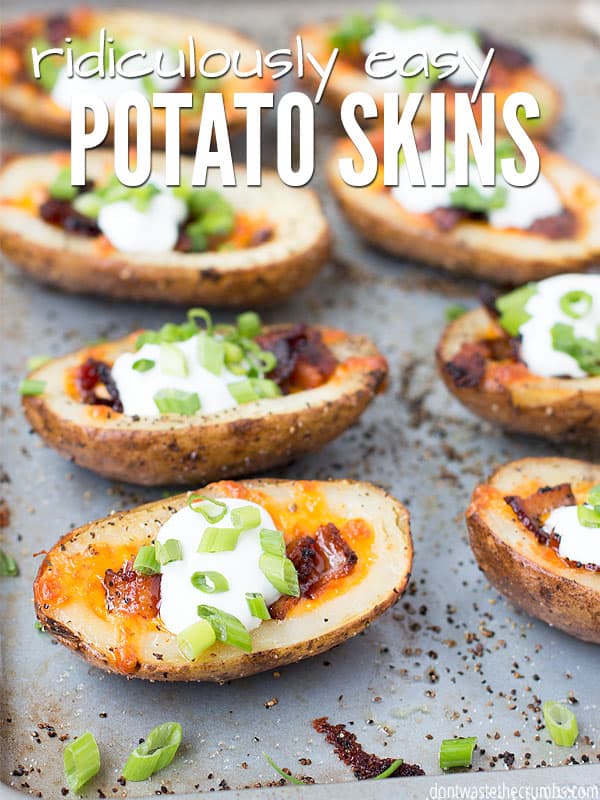 Print
Ingredients
Instructions
Notes
* I like to use the white parts of the green onion for mashed potatoes, also using the scooped out flesh from the potato skins.
3.5.3226

Have you ever made potato skins before? Cheese, bacon, sour cream and green onions are traditional toppings – what else would you put on top?