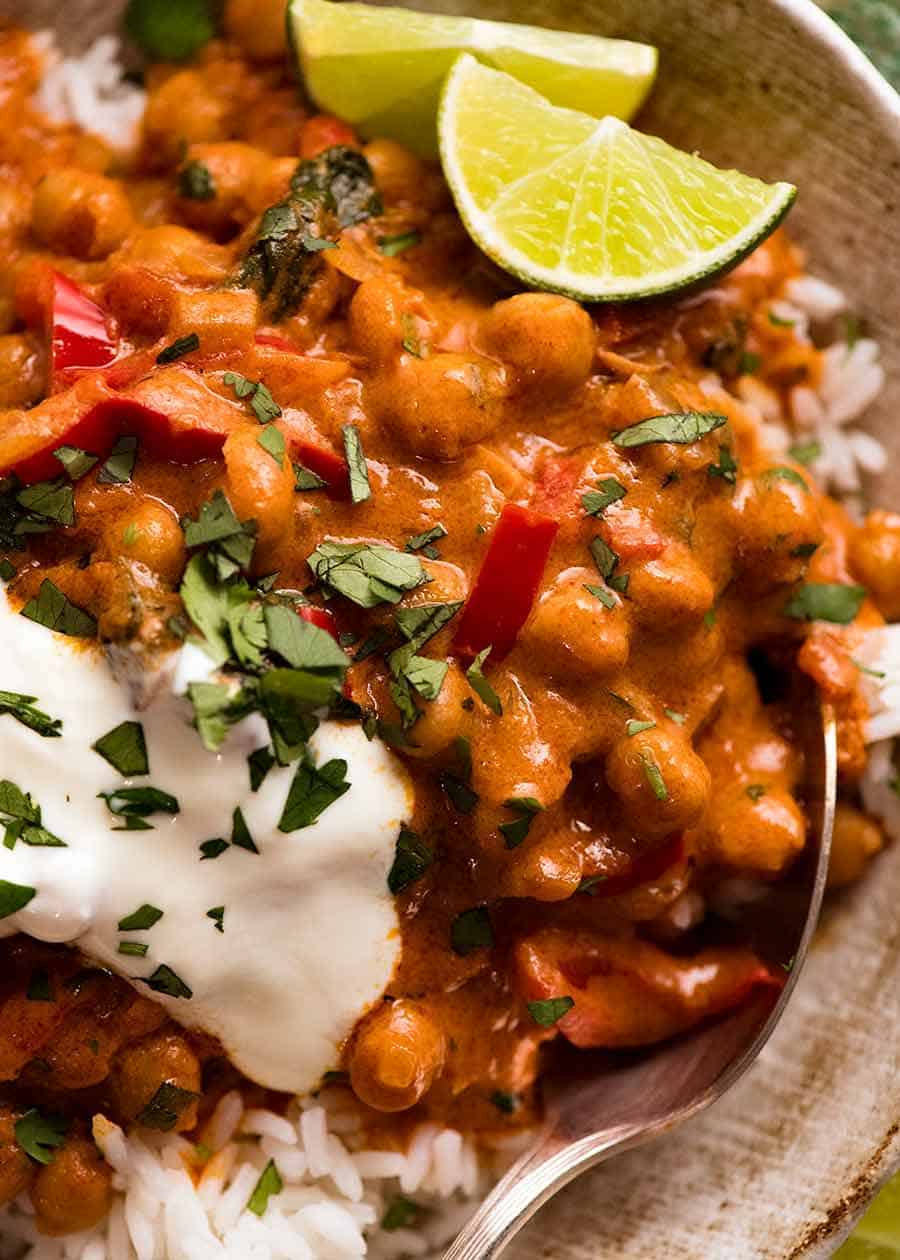 Finally – a chickpea recipe worth making!!! With a simple coconut curry sauce made with astonishingly few ingredients, this Brazilian Chickpea Curry transforms lifeless cans of chickpeas into something that sounds exotic, smells enticing, and tastes so, so good….

The sauce for this curry is swiped from Brazilian Fish Stew, a traditional Brazilian dish that’s been a reader favourite for many years now. It tastes like a coconut curry, yet it’s made with just 2 spices – paprika and cumin. Far simpler than most of the from-scratch curry pastes I’ve shared over the years!

That fish stew really is all about that sauce, so it was inevitable that I’d start playing around with other ways to use it. Chicken – done. Shrimp/prawns – a winner.

And it turns out it can also totally transform a dull looking can of chickpeas into something totally fabulous!! 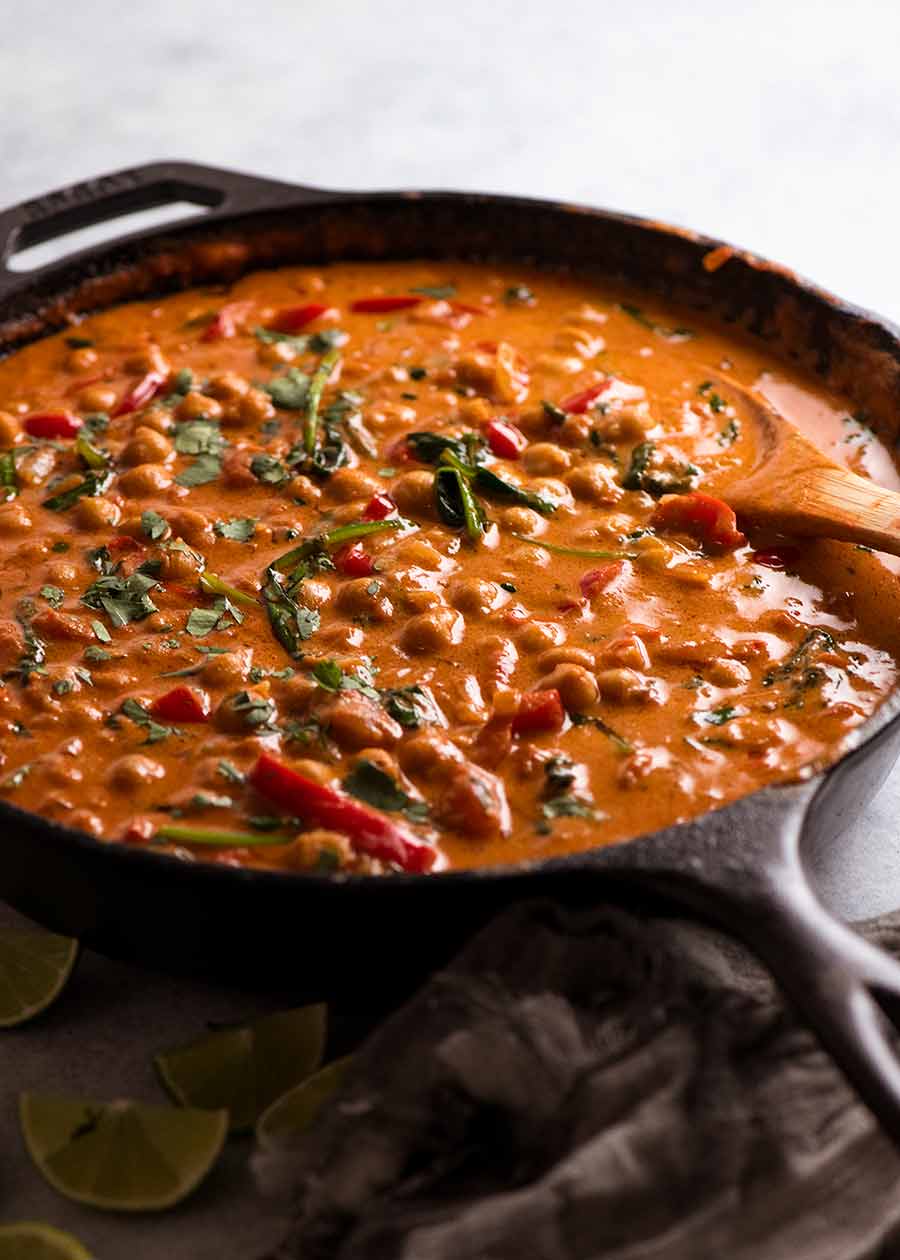 What you need for Brazilian Chickpea Curry

Here’s what you need. 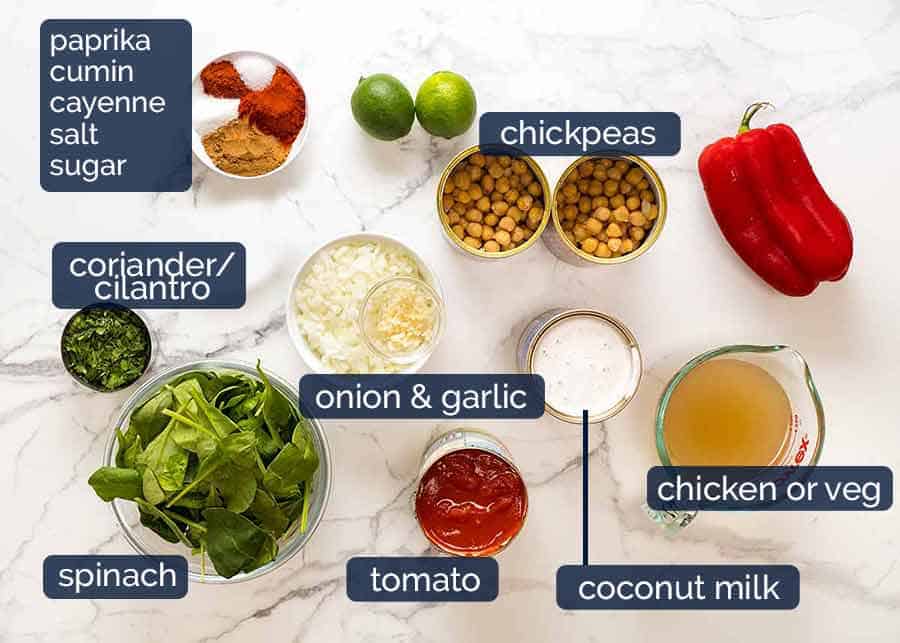 Just a few notes on some of the ingredients:

How to make this Chickpea Curry

All in one pot – and it comes together quickly. Once you sauté the onion, garlic and capsicum, you literally just dump everything else in then leave to simmer for 10 minutes to let the sauce thicken. 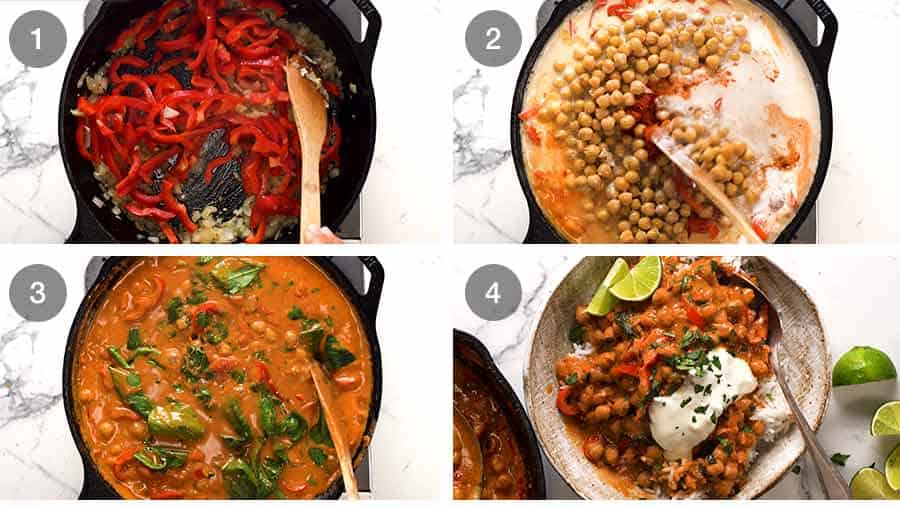 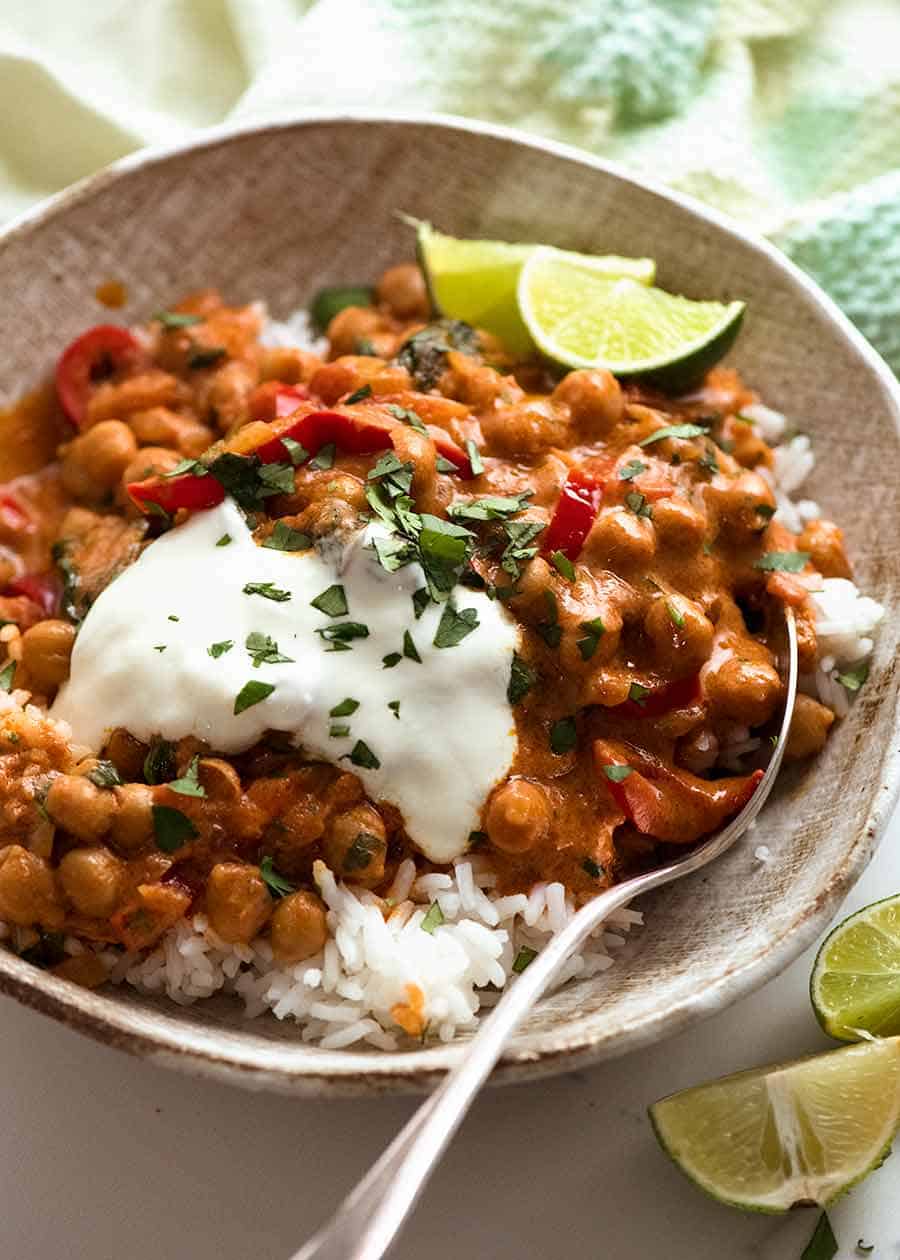 That is one mighty delicious bowl for something that requires relatively little effort with a “normal” ingredients list.

It’s got a nice workflow flow to it as well. There’s no need to measure out all the spices etc before you start cooking. You pop open the cans and dump them into the pot. Then just measure the spices straight from the jar into the pot.

Oh – speaking of “pot” – I keep saying “pot” even though you see a skillet in the photos and video. The skillet I used was too small – I had to stir the sauce so carefully to avoid spillage.

Don’t make my mistake. Use a pot so you can stir enthusiastically and with abundance. – Nagi x 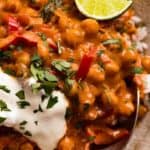 Recipe video above. A chickpea recipe that even carnivores think is worth making!! The sauce is from this traditional Brazilian Fish Stew. I call it a curry because it tastes distinctly curryish – except with a fraction of the ingredients!

1. Chickpeas – can use any canned beans, I’ve made this often with black beans, cannelloni beans and even lentils!

2. Coconut milk – full fat best for flavour because the fat is where the flavour is. But light is ok too.

3. Coriander haters – sub with chives! Still tasty but will be missing the coriander flavour which is in traditional Brazilian Fish Stew.

4. Serve over something to soak up the sauce. Plain white rice, lime rice, cauliflower rice, mashed potato, couscous, polenta or even pasta.

If I don’t have something to soak up sauce, I usually bulk it out with another can of beans, corn, or diced fresh veg and serve it as a chunky stew ie not over rice or anything.

You’d think I had a stash of treats in my slippers or something, the way he was snuffling around inside it! (Just to confirm, I did not) 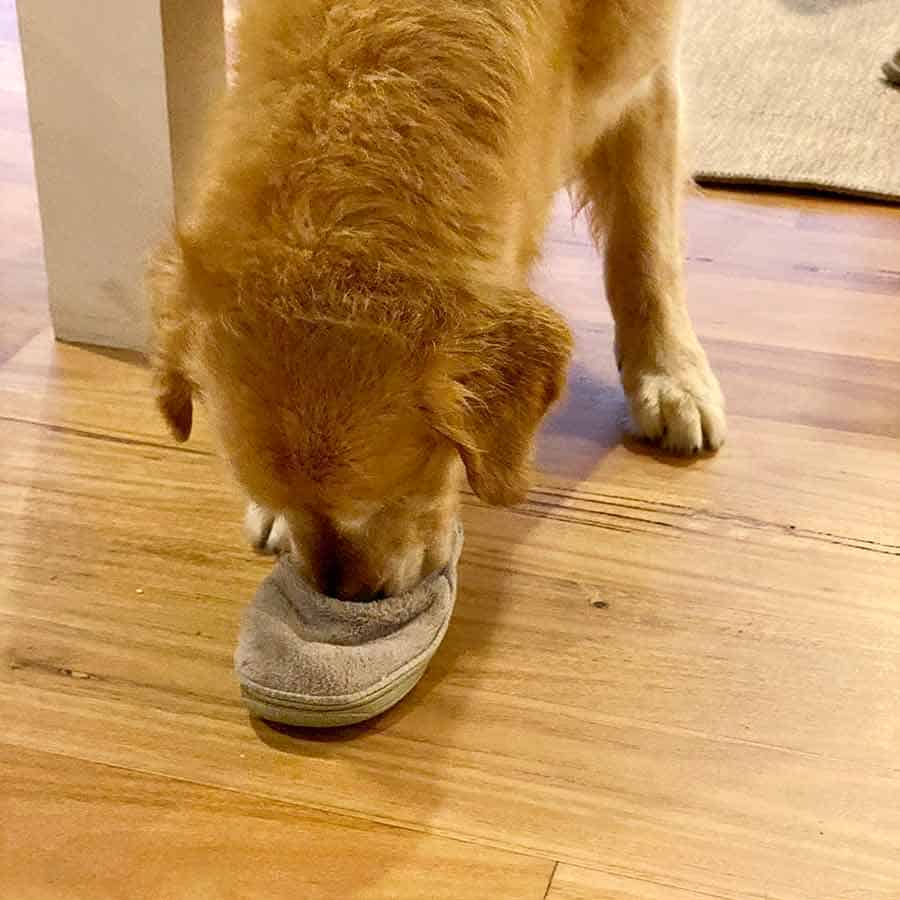