Farro, an ancient grain similar to barley, adds texture and creaminess to this vegan version of Tuscan white bean soup with carrots and kale. Use Alubia Blanca or any small white beans, such as navy beans. 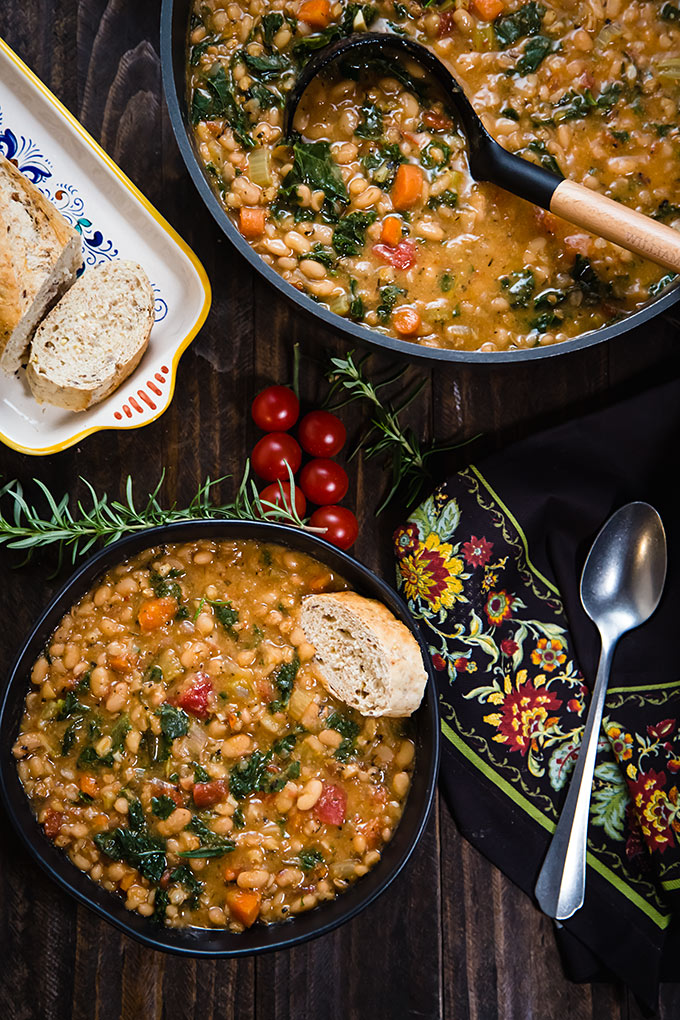 I’ve had a bag of Alubia Blanca white beans from Rancho Gordo sitting on my “bean shelf” for longer than I care to admit. I was overly optimistic a while back about turning myself from a canned bean user to a dried bean connoisseur and bought a bunch of Rancho Gordo beans, but as it turns out, old habits are hard to break. In order to cook with dried beans, you need to plan ahead to give them time to cook (and perhaps pre-soak), and I’m a last-minute kind of cook. The only times I plan ahead are holidays and (some) blog posts.(…)
Read the rest of Vegan Tuscan White Bean Soup in the Instant Pot (1,064 words)