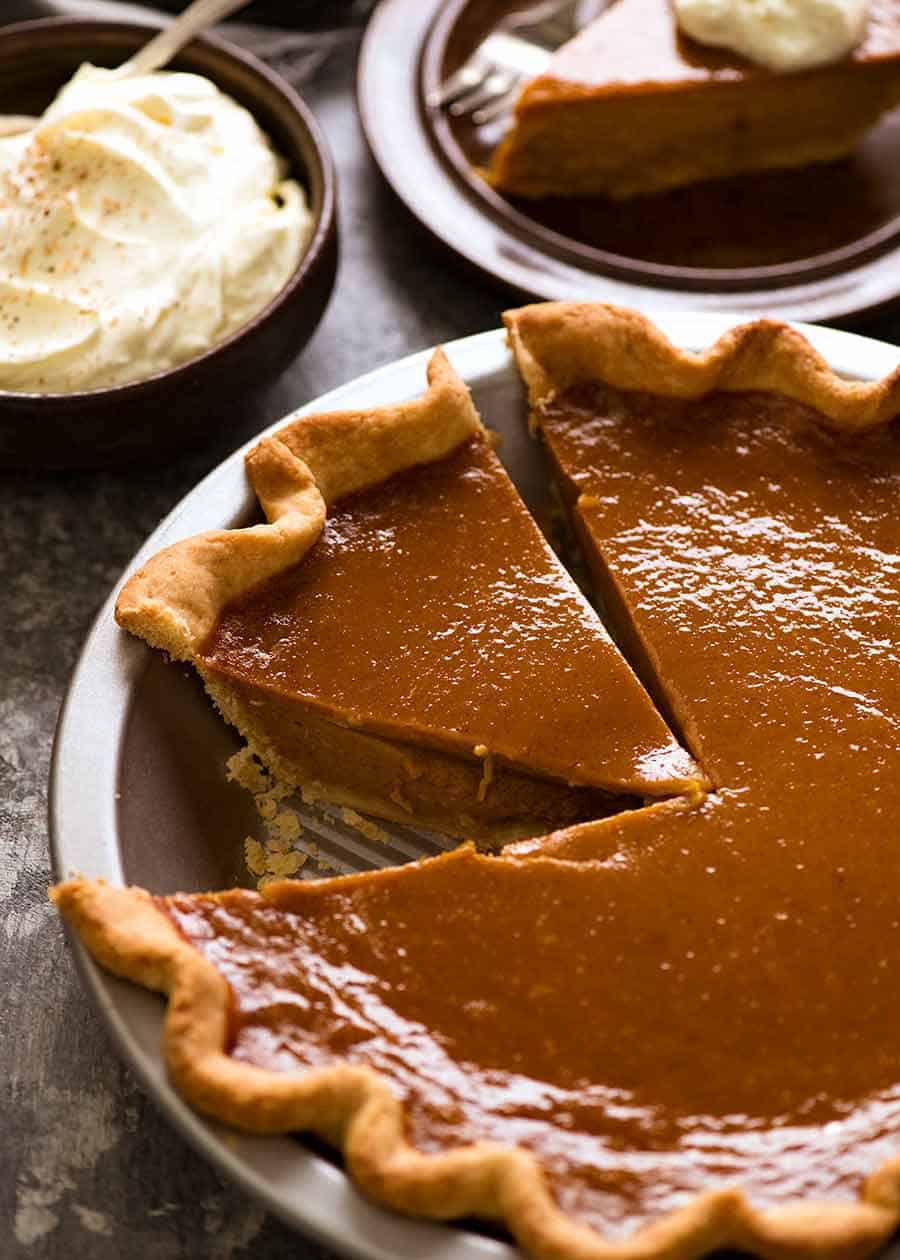 A classic Pumpkin Pie with a soft, perfectly set filling, perfect amount of spicing, not too sweet and a bronzed surface that’s crack free! Simple to make, it’s perfect in every way. Use a homemade pie crust or store bought for ease, fresh or canned pumpkin!

For a recipe that’s actually incredibly simple to make, perfecting The Pumpkin Pie was irritatingly difficult – hence why it’s taken me until 5 years to share it.

Not enough spicing, weird blend of spicing, too sweet, not sweet enough, unpleasant “curdled” filling, severe cracks, overcooked, undercooked. I feel like I’ve battled every possible variation of pumpkin pie to confirm that this is The One.

It’s based on the filling recipe from Smitten Kitchen albeit I tweaked the spices (I found them too subtle) and reduced the oven temperature because I discovered by trial and error that this is the easiest path to avoid cracks on the surface of my Pumpkin Pie.

Isn’t she a beauty? There are the teeniest of cracks on the edges, and truthfully I could’ve just photoshopped them out (and I bet some food magazines DO!!). But there is no need – she’s pretty near to perfection! 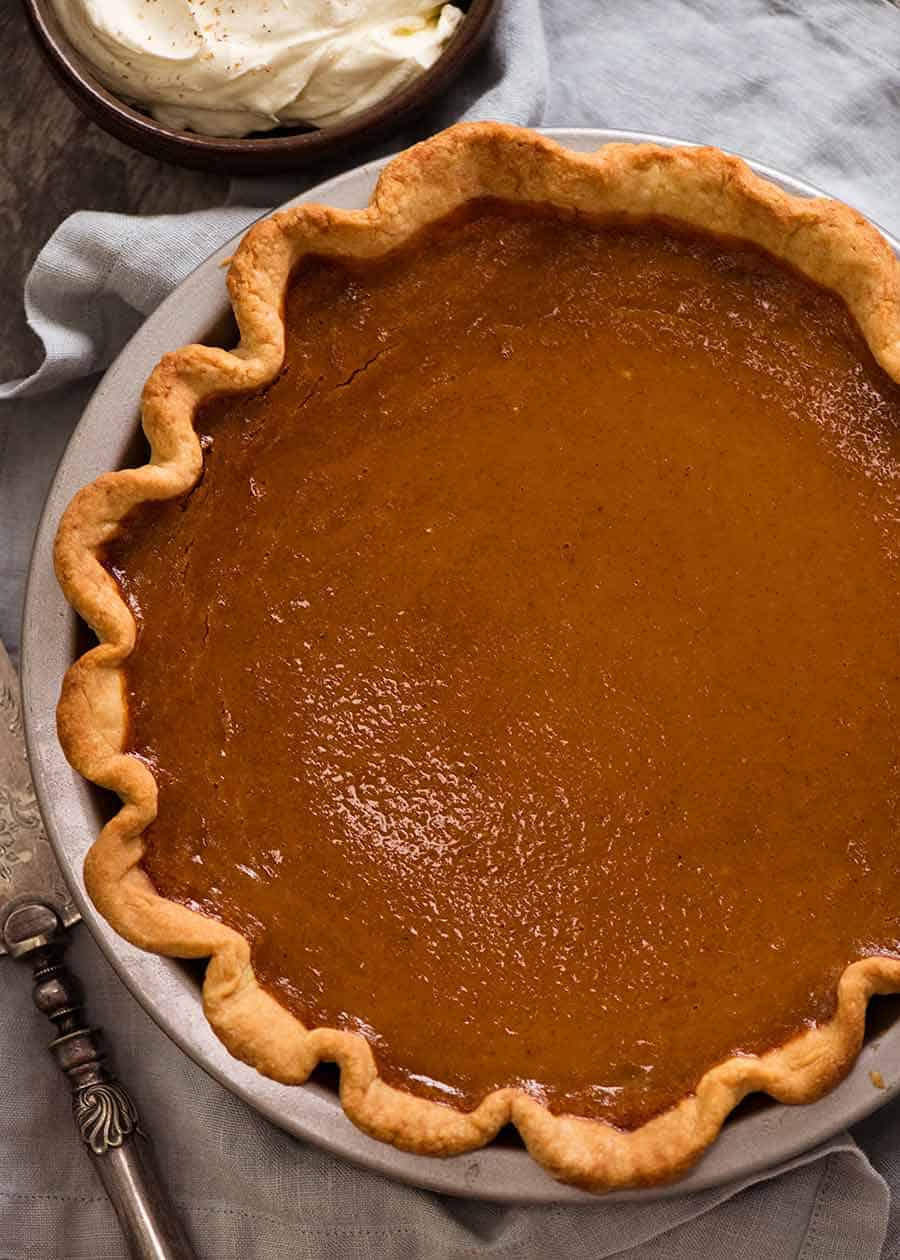 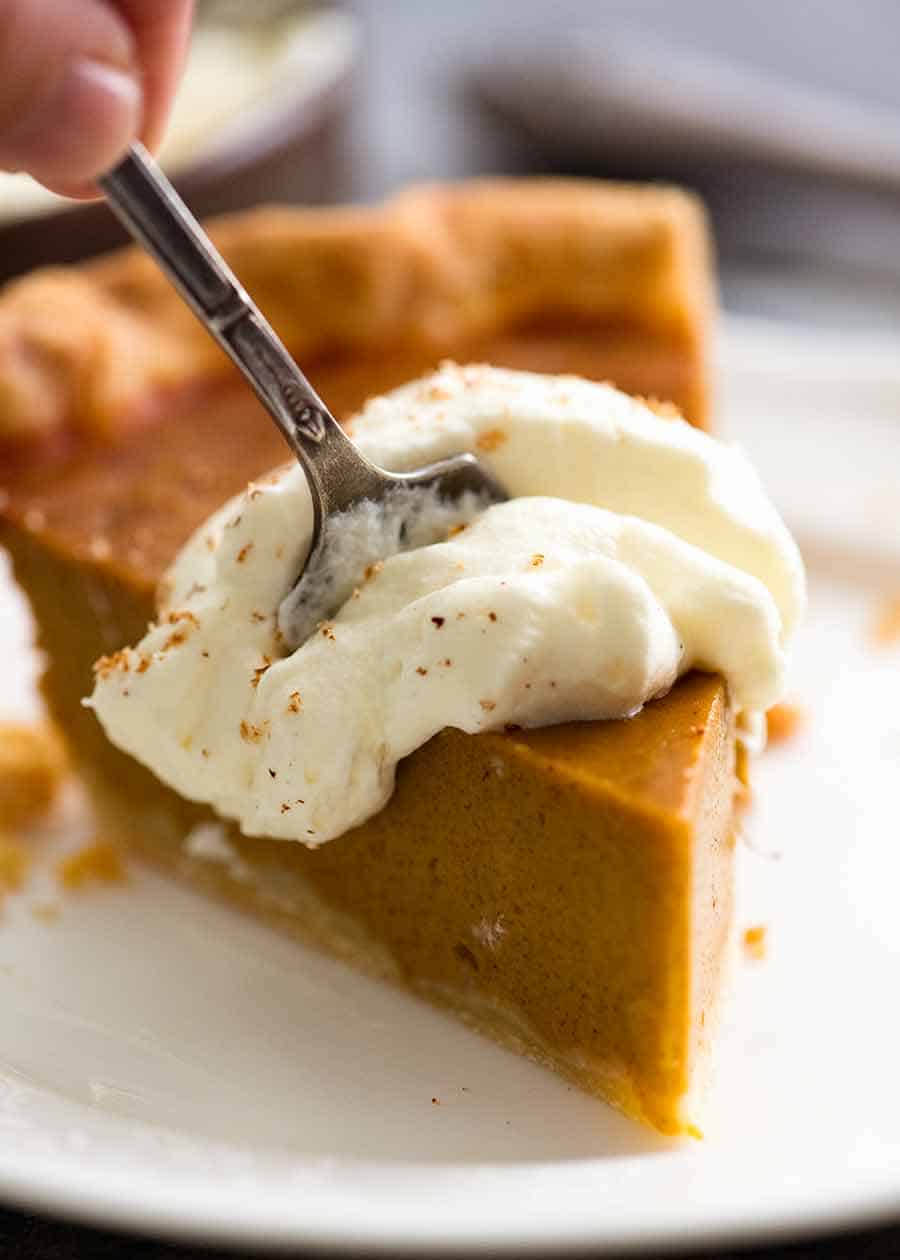 What you need for Pumpkin Pie Filling

Here’s what you need for the filling: 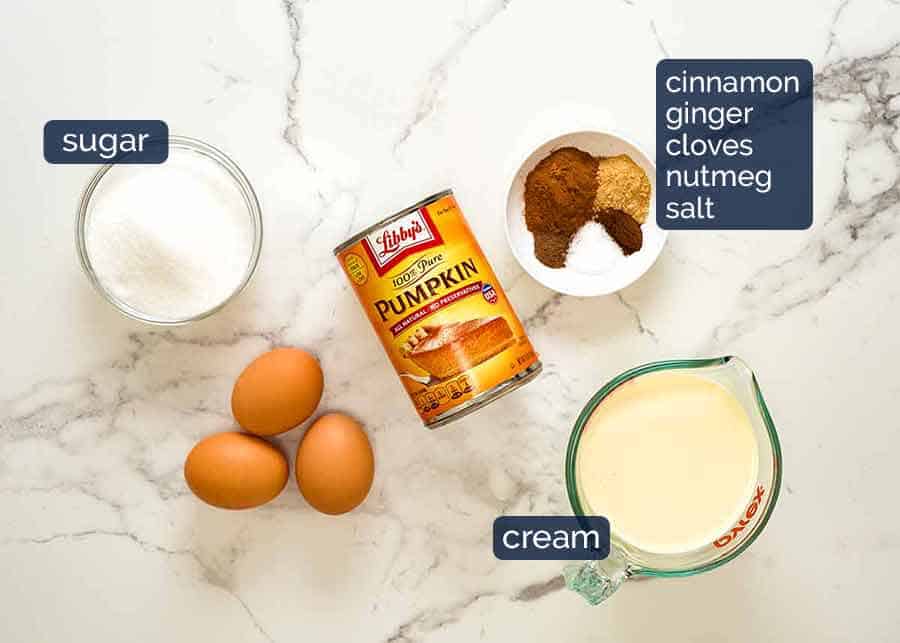 After much trial and error, I’ve found that the best way to make pumpkin puree for pumpkin pie is to steam pumpkin pieces then pass through a sieve. Boiled pumpkin is too watery. Roasted pumpkin, albeit arguably the “best” pumpkin flavour, dries out too much so once mashed, it’s too thick which results in a pie filling that’s not as soft as it should be.

Steamed, mashed and passed through a sieve yields pumpkin puree that is, in my opinion, virtually identical to canned pumpkin.

Buy it or make your own. Though personally, I think once you discover that it takes 1 minute to make a Pie Crust with your food processor, you may never buy one again! 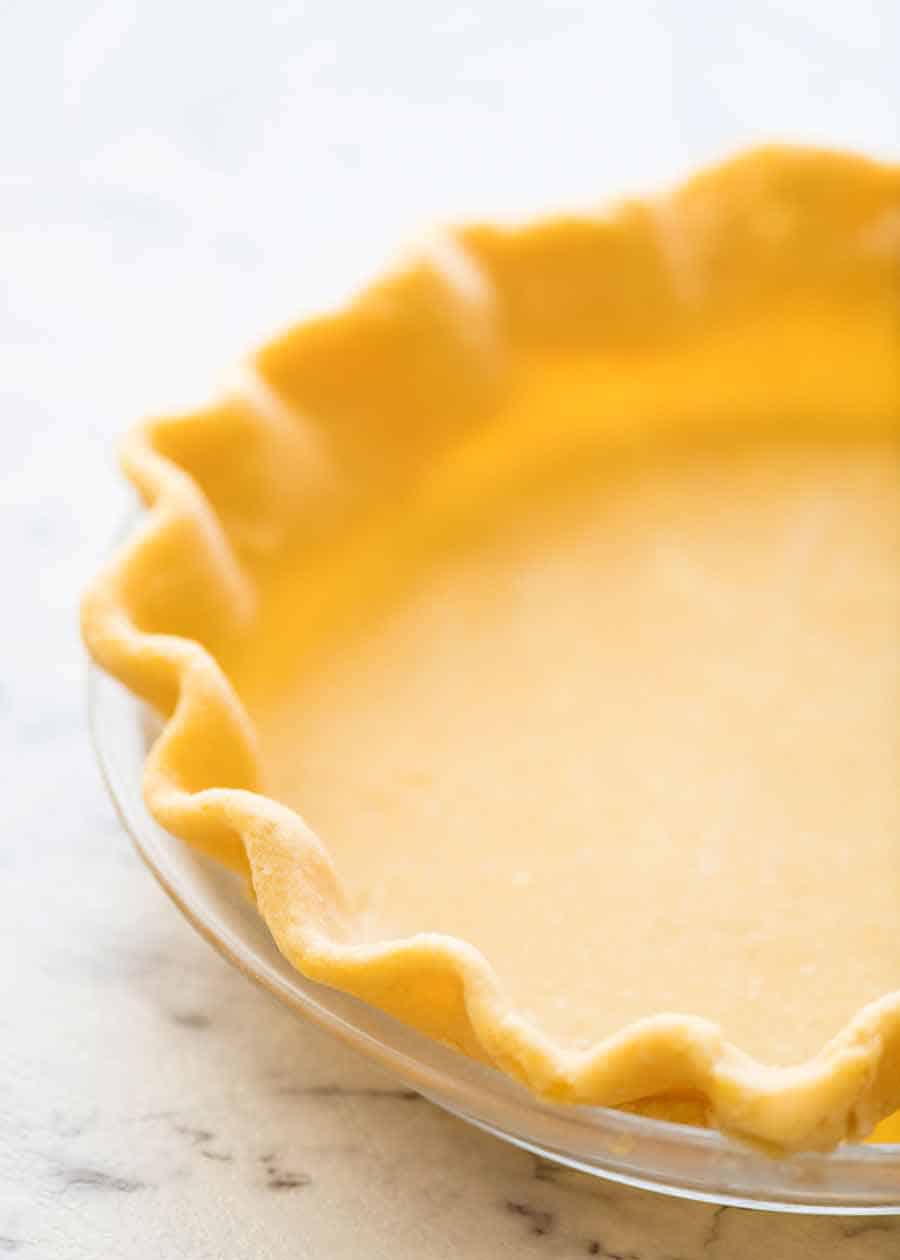 How to make Pumpkin Pie

99% of Pumpkin Pie recipes out there are as simple as dump-and-mix. I credit Smitten Kitchen for leading me to the Cooks’ Illustrated method to gently cook the pumpkin and spices just for just 5 minutes to remove a bit of the excess water in the pumpkin (canned OR fresh) and let the spices bloom for improved filling texture and superior flavour.

Once that’s done, it does become a dump and mix job! 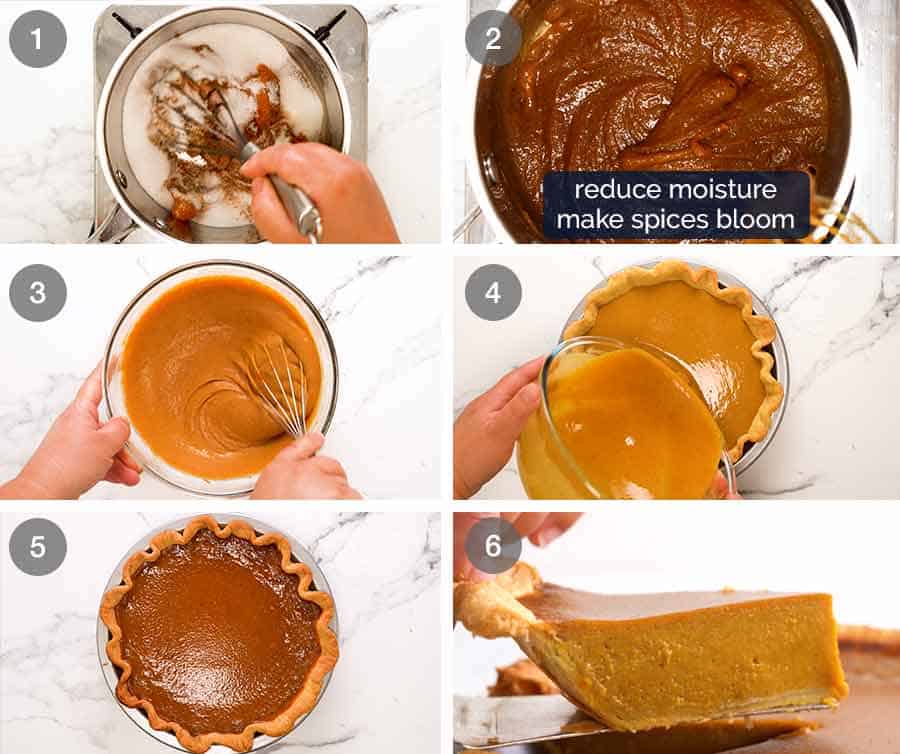 How to avoid cracked surfaces on Pumpkin Pie

This is a problem I kept running into. They were never severe, and when the pie was cooling it always deflated a bit so the cracks would largely “self heal”.

But it annoyed me enough to persist with trying to solve the problem of cracked Pumpkin Pie, and here’s how I resolved it: 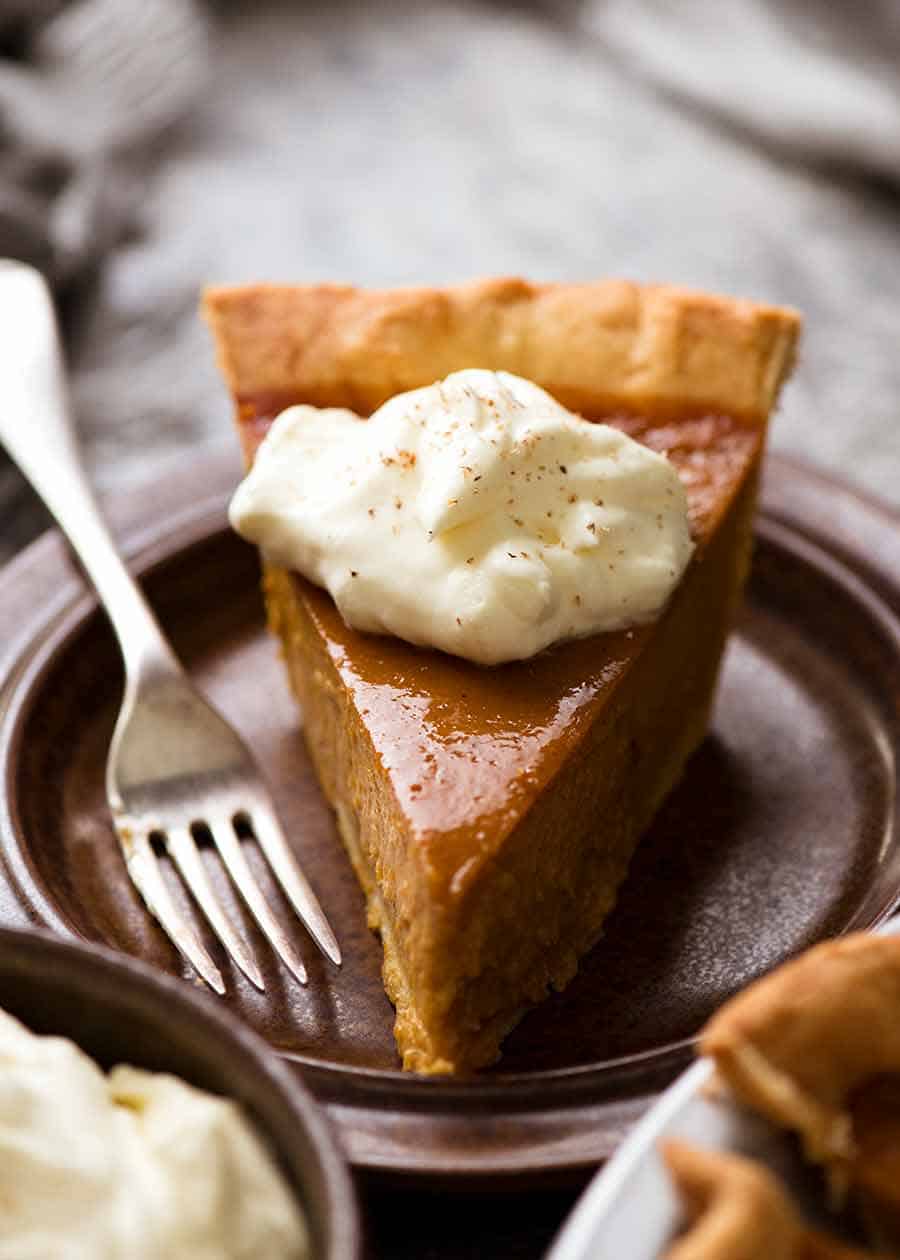 And that, my friends, concludes The Pumpkin Pie Project once and for all. I’m so happy with it, it’s all my Pumpkin Pie dreams come true.

Serving with a generous dollop of cream is not an option, it’s essential! The extra texture, that extra hit of creaminess…. it’s the perfect finishing touch. – Nagi x 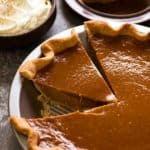 Recipe video above. The perfect Pumpkin Pie that’s soft custardy rather than lumpy and curdled. Perfect level of spicing – you can taste it but it doesn’t overwhelm the natural pumpkin flavour – sweet but not crazy sweet. And NO CRACKS on the surface!

3. Cup measures between the US and most of the rest of the world do differ a bit but for this recipe, I found that it’s not enough to affect the outcome of the recipe.

Oh boy, Dozer has had a LOT of Pumpkin Pie over the past few weeks!!! 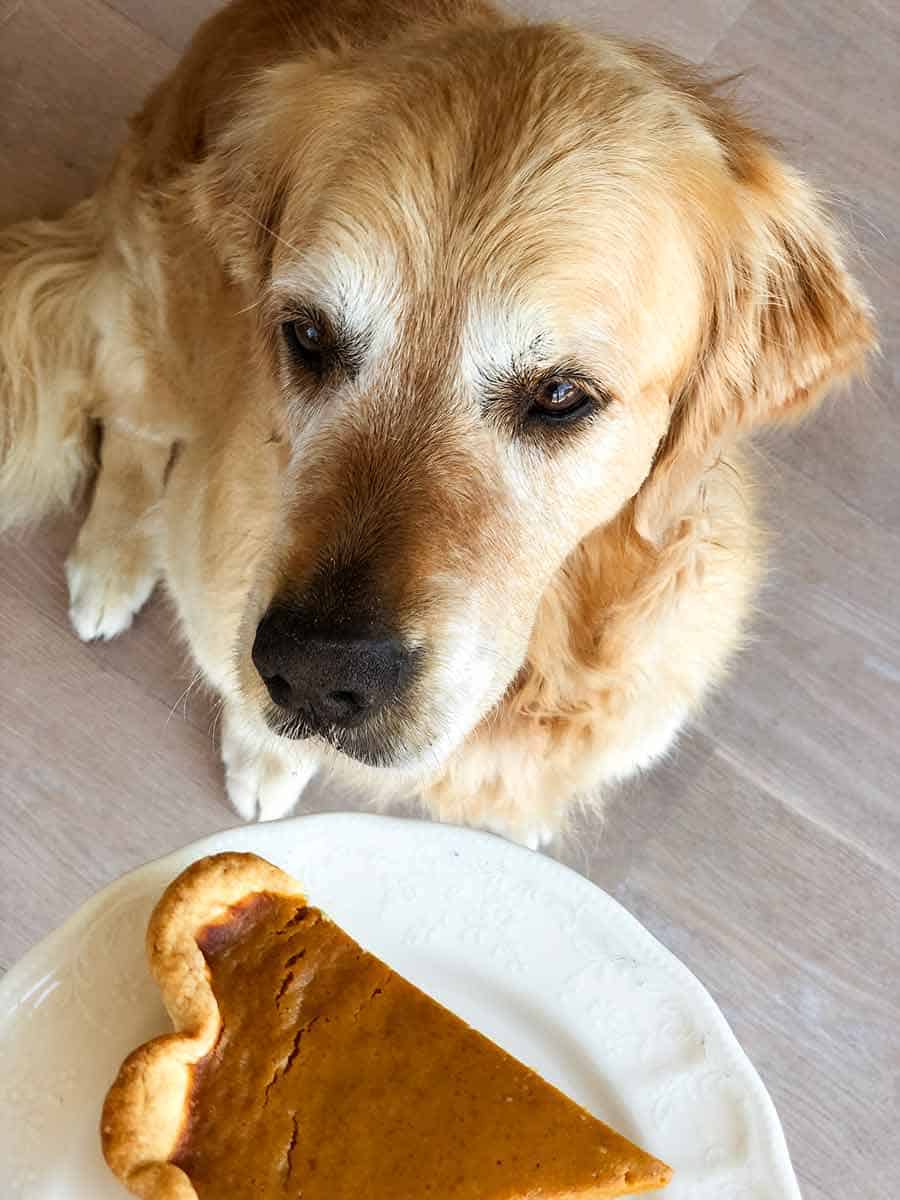