This very easy to make homemade pie crust recipe is perfect for chocolate pudding pie, pumpkin pie, or fruit pie. Since it’s made without Crisco shortening, it’s healthier too!

In my home chef career, there are several things that I’ve put off because I thought they were too hard.

Homemade bread is one of them. For YEARS I didn’t make bread because the idea of yeast was too daunting.

Homemade pie crust was another. I tried it once – using a rolling pin like Martha Steward or Rachel Ray and flipping it over and then graciously placing it on the pie pan…

I did what they did and it wasn’t gracious at all. In fact, it was a disaster!! And it nearly scarred me for life.

Until I found a recipe that didn’t require rolling out the pie crust! 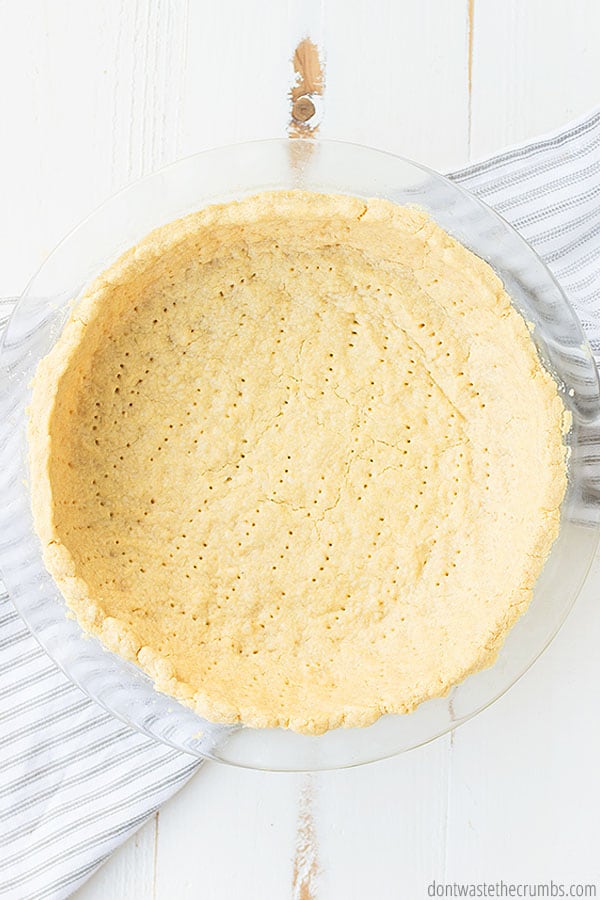 I found a recipe that was a “pat in the pan” pie crust recipe – one that tastes just like grandma’s perfect pie crust without all the required rolling pin skills.

That’s one of the big reasons why I love this homemade pie crust, but I also love it because it is:

Most importantly though, this homemade pie crust tastes DELICIOUS!

It’s flakey, easy, and can easily be doubled for a double pie (like a pie with a lattice top). It’s everything you want a pie crust to be, without all the hassle of a rolling pin! 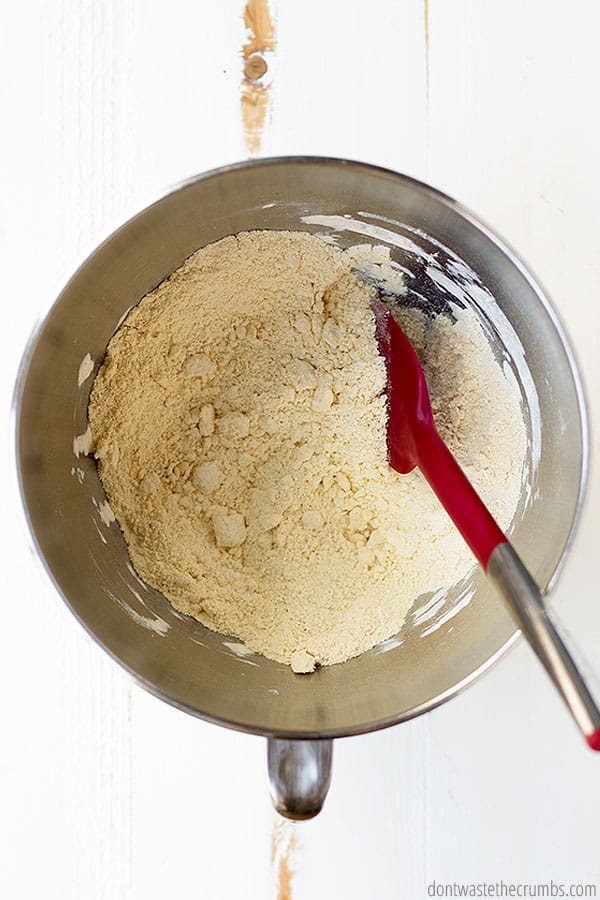 Ingredients for an All-Butter Pie Crust

As I mentioned, you only need four ingredients for a homemade pie crust:

Notes: Einkorn flour is an unmodified, unhybridized ancestor to modern wheat. It is a whole grain that is gentler on our tummies and in some cases, suitable for those who struggle with gluten. You can purchase it here or make your own by purchasing Einkorn berries and using a Mockmill (read my review of the Mockmill here).

Can you make this a gluten-free pie crust?

Absolutely! Use your favorite gluten-free flour blend and you’re good to go!

Are you used to making a pie crust with Crisco?

I hear you! My family always made pie crust with Crisco, but Crisco is a 100% hydrogenated oil and that is a 100% banned ingredient from my kitchen.

You can use palm shortening, coconut oil, or butter as alternatives. Crisco is not healthy and it’s not real food. 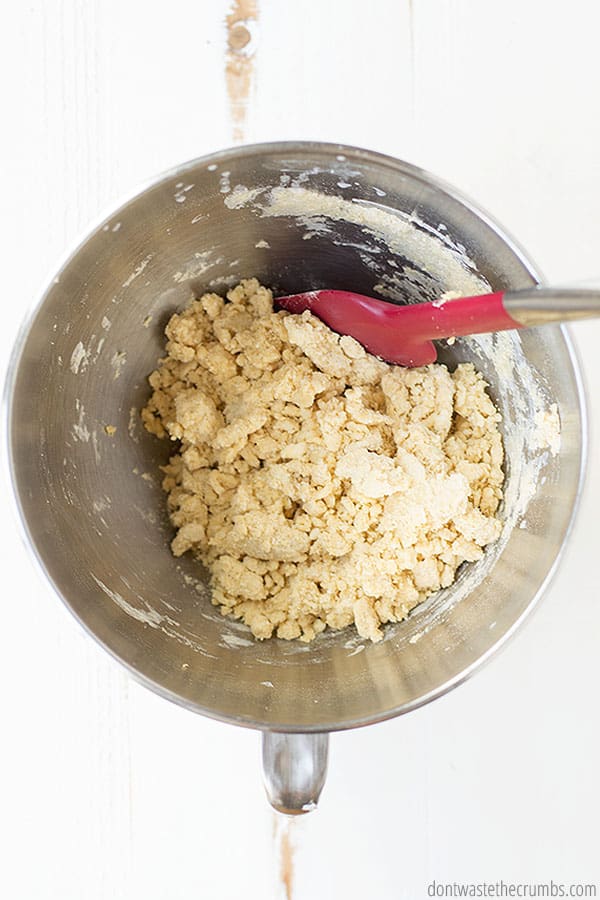 How to Make an Easy Pie Crust

This pie crust is so easy to make, I often have my daughter make it while I work on something that’s a bit more complicated. Feel free to designate this to someone else!

Notes: I love using my stand mixer (I have a KitchenAid) because it makes the process easier. Making pie crust is one of many creative ways to use a stand mixer. If you don’t have a stand mixer, you can use a large bowl and cut in the butter with a pastry knife.

How do you make pie crust for pumpkin pie?

This is the one! This is the crust I make for my healthy pumpkin pie every year, and I always get tons of compliments! 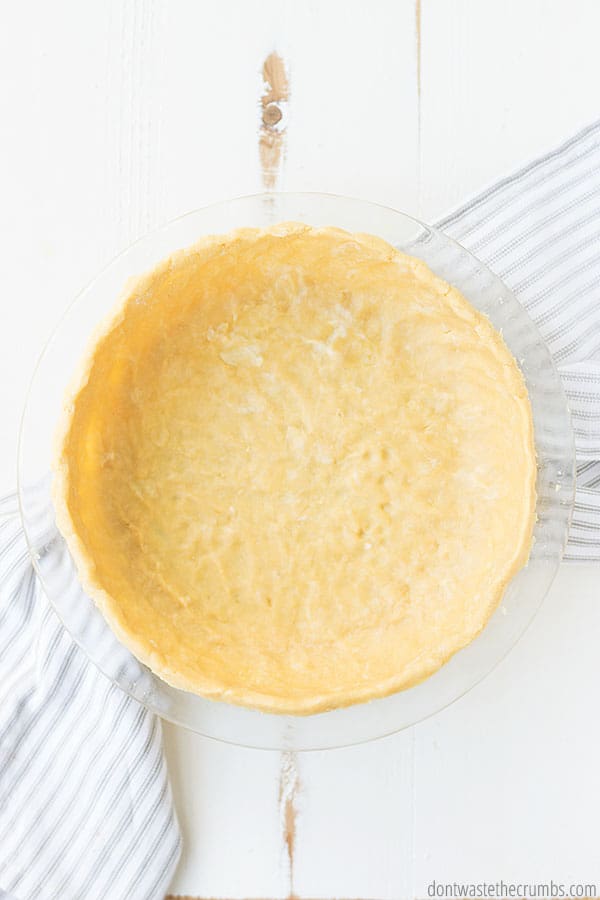 How to do you keep a pie crust from getting soggy?

If my pie is going to be baked (like in a berry pie), I brush the crust with an egg wash and bake it for a few minutes. This helps to prevent the crust from getting soggy.

How do I freeze pie crust?

You can freeze pie crust by preparing the recipe as written but placing the dough in the freezer instead of patting it into the pie pan. I recommend freezing in a square, just so it’s easier to thaw.

Note: You’ll have to thaw the dough in the fridge in order to keep the butter cold! 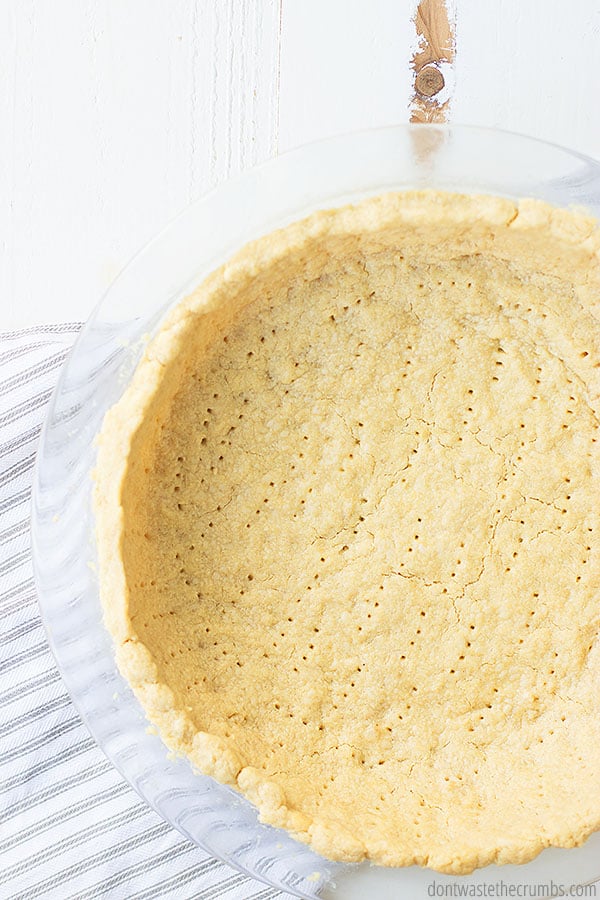 Some of My Favorite Pies Using Homemade Pie Crust