This past week I was talking to a reporter from MarketWatch and as I told the story of Budget Bytes I joked about being a broke college graduate and not wanting to eat canned beans times a day. Well, I’m kind of eating my words now because when canned beans are prepared like this, I seriously could eat them all day, every day! This easy Rosemary Garlic White Bean Soup only takes eight simple ingredients, is crazy flavorful, and will give you all those warm cozy fall vibes! 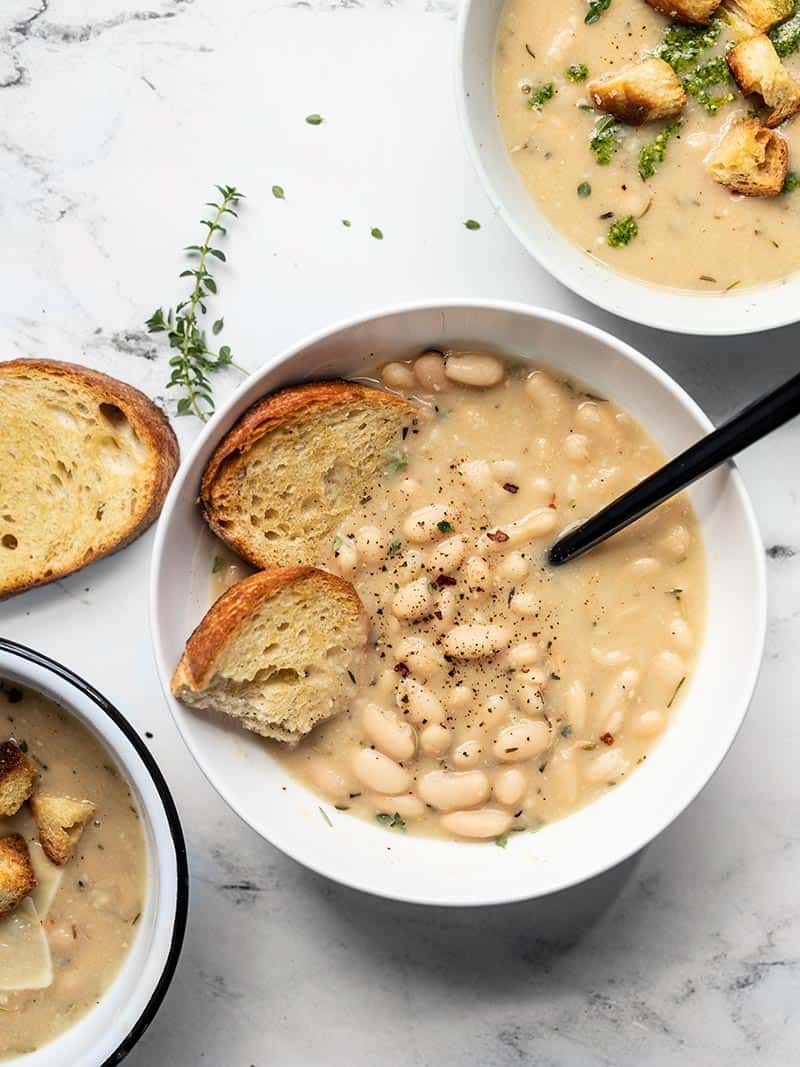 This soup is fairly simple at heart, but still has bold flavor that stands up on its own, with maybe just a piece of crusty bread for dipping. That being said, I got creative when I was photographing the soup and started added some fun toppings. I drizzled a little pesto over one bowl, topped another with some homemade croutons, and shaved a bit of fresh Parmesan over another. I can also imagine a little melty gruyere or smoked mozzarella would be fabulous, or even just a dash of hot sauce.

You know I like to keep things simple, but if you happen to have these ingredients on hand and need to use them up, feel free to toss them into your Rosemary Garlic White Bean Soup:

Can I Use Dry Beans?

You can definitely make a similar soup using dry beans, but it would require several extra steps, which I would need to test before offering instructions. 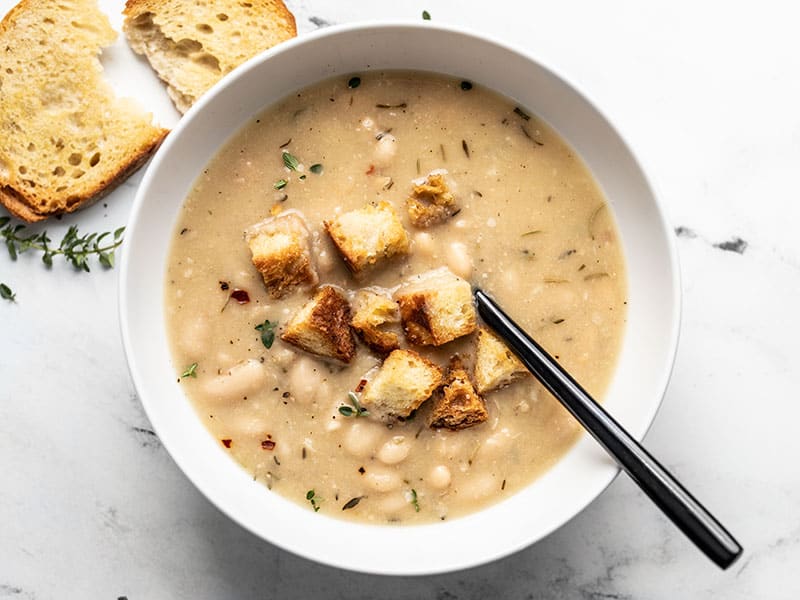 Can I Make This in an Instant Pot?

Since this soup doesn’t require any fancy techniques, you can probably just use the “soup” function on the Instant Pot (you may still want to use the sauté function for the first step with the garlic and oil). But it’s so fast on the stove top, it might be faster to do it this way than waiting for the IP to come up to pressure and depressurize!

Can I Freeze This Rosemary Garlic White Bean Soup?

Absolutely! This soup will freeze very well. I made a fairly small batch, but you can easily double it and freeze half for later. To double the recipe, change the number of servings in the recipe card below to 8, and all the other ingredients will auto adjust. 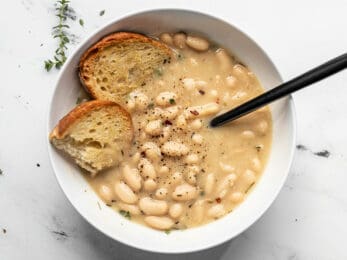 Scroll down for the step by step photos! 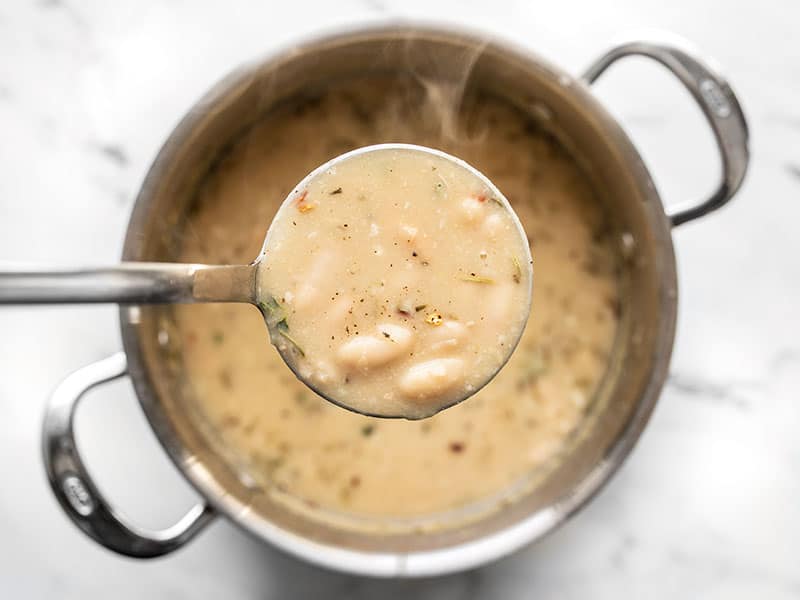 Love beans as much as I do? Check out my entire recipe category dedicated to BEANS! 😀 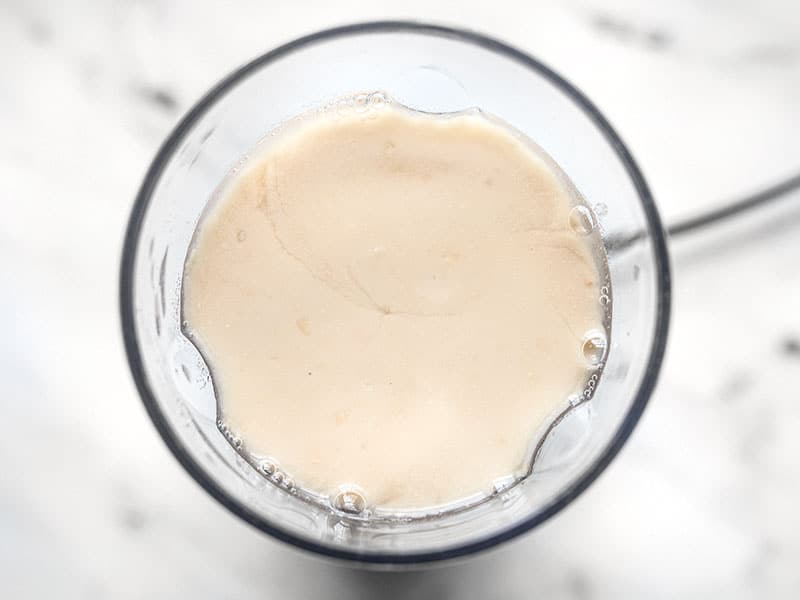 Before you begin, add one can of cannellini beans, with the liquid in the can, to a blender and purée until smooth. 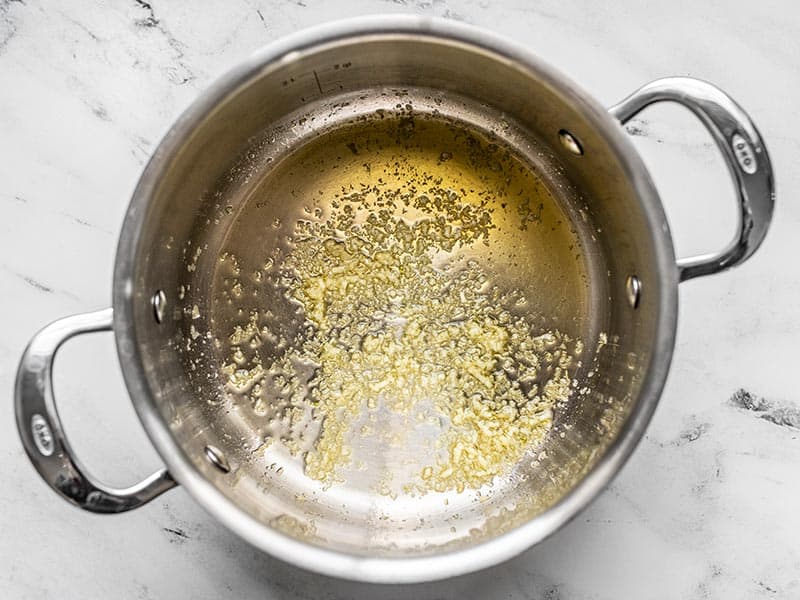 Mince four cloves of garlic and add them to a soup pot with 2 Tbsp olive oil. Sauté over medium for about one minute, or just until the garlic becomes really fragrant. 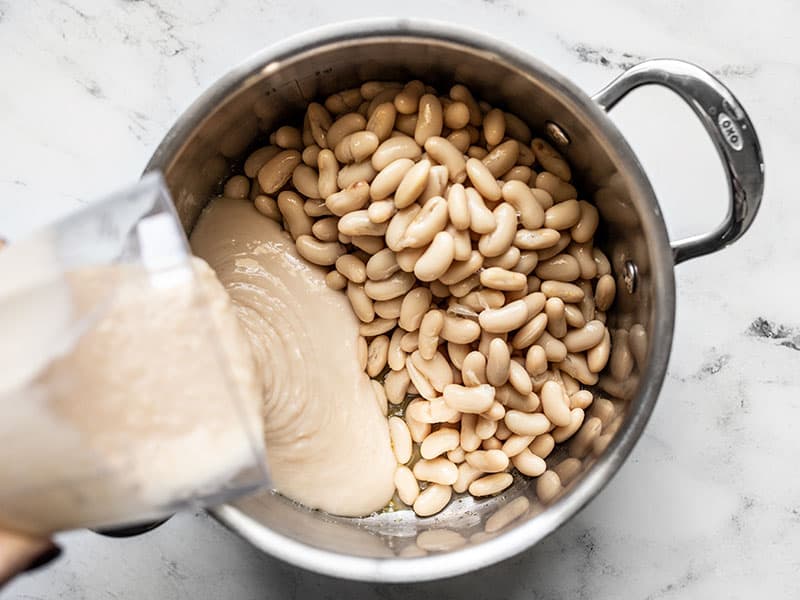 Add two DRAINED cans of cannellini beans, plus the can of puréed beans to the soup pot. 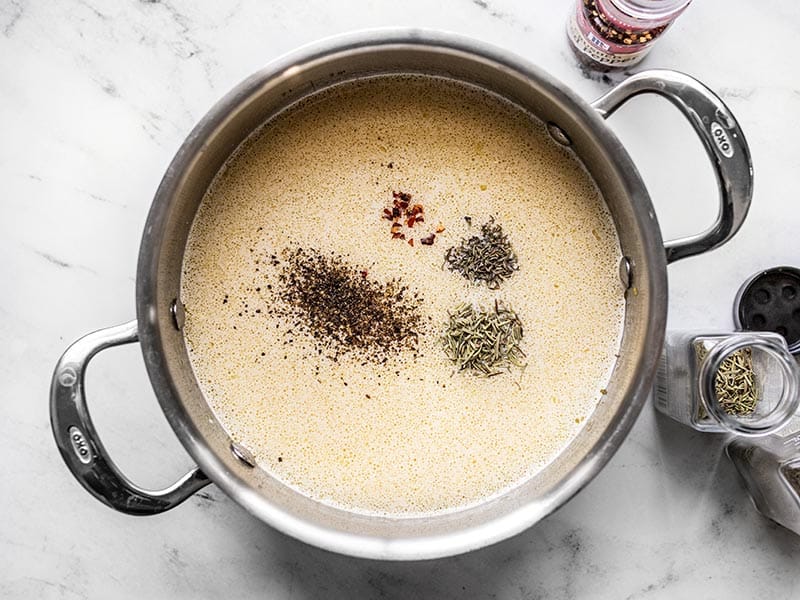 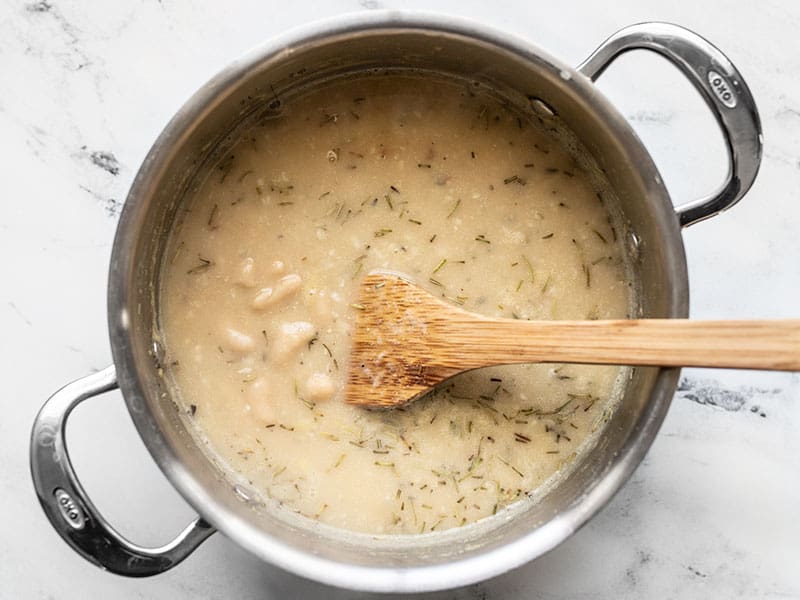 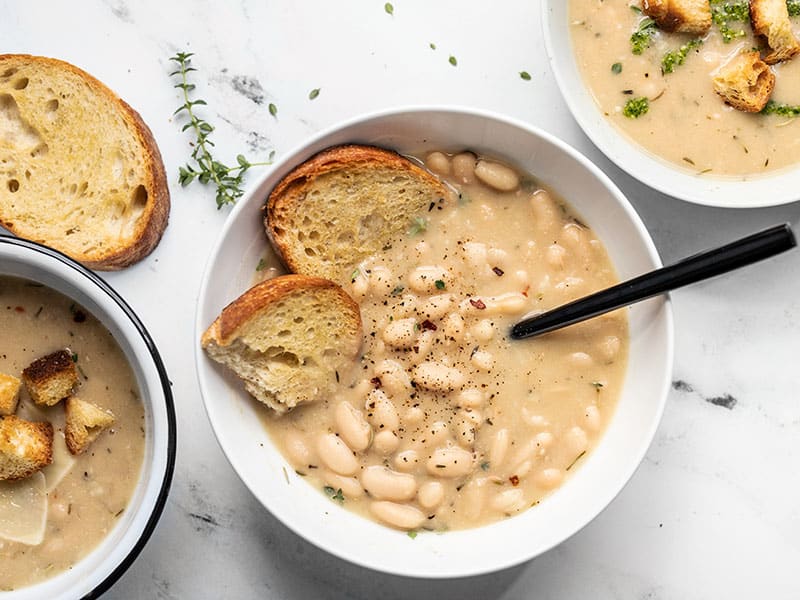 Serve the soup hot with crusty bread for dipping, or whatever fun toppings you might have on hand! 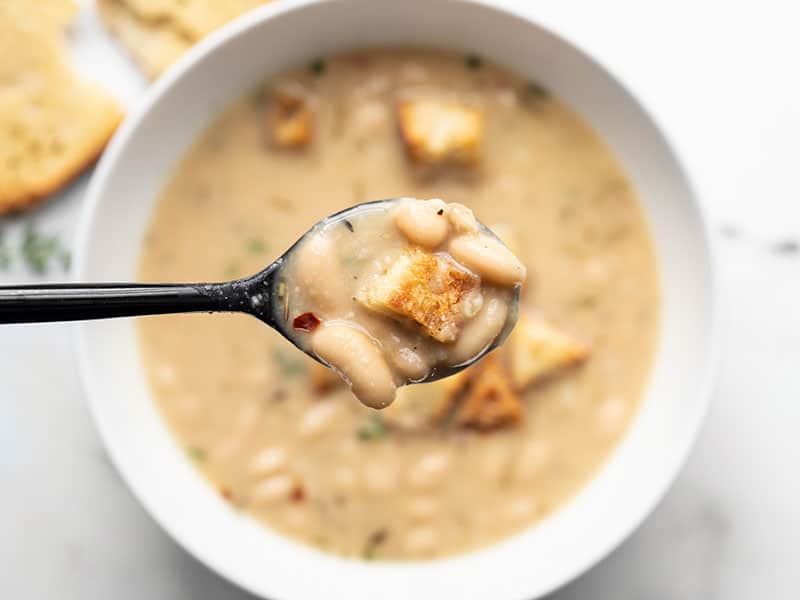