One of the first recipes that I wanted to try to make in my rice cooker is Spanish Chickpeas and Rice, and I finally got a chance to do so this week. This simple mix of rice, chickpeas, artichoke hearts, and TONS of smoky spices is one of my favorite vegan meals, and perfectly suited for making in a rice cooker. The original stove top version was already pretty simple, but when you add in the ease of a rice cooker, it’s pretty much fool-proof. You just dump all the ingredients in, press go, and about 30 minutes later you have a totally killer meal. This Rice Cooker Spanish Chickpeas and Rice is seriously as easy as it gets!

Do I Have to Use a Rice Cooker?

Nope! You can make this same dish on the stove top in a deep skillet with a lid, or a Dutch oven. You can find the original stove top instructions here: Spanish Chickpeas and Rice.

This post contains affiliate links. As an Amazon Associate I earn from qualifying purchases. 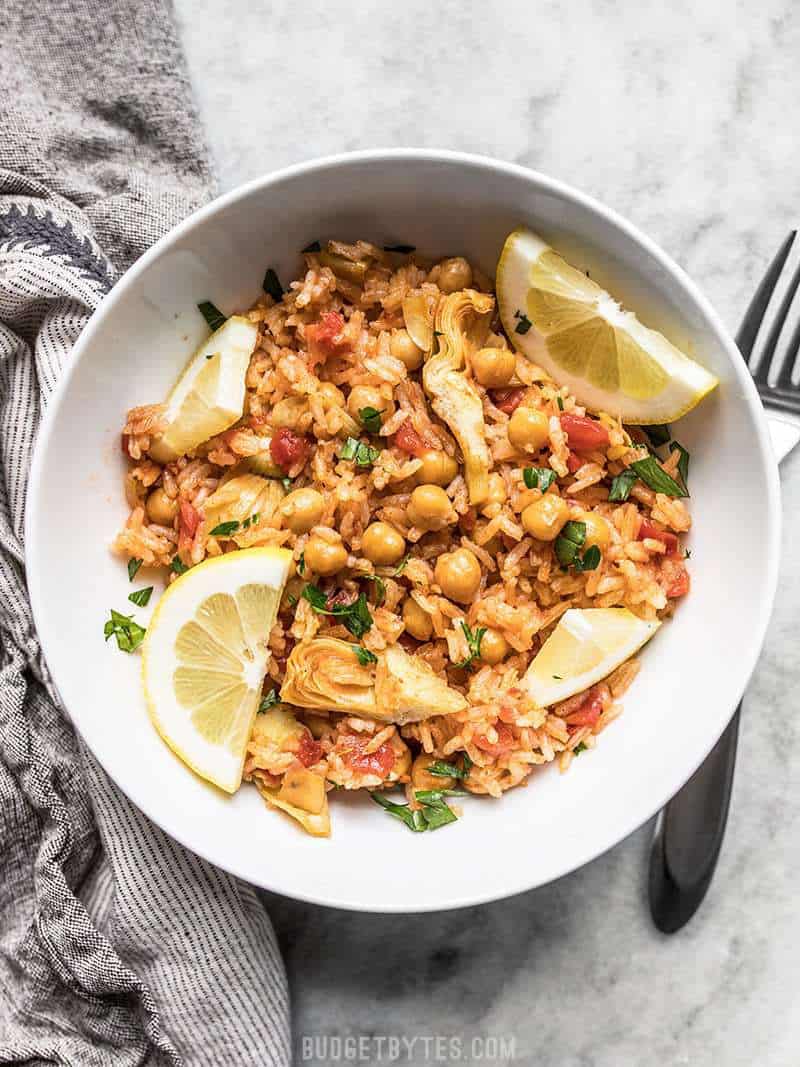 I did have to make a couple of changes from the original for this Rice Cooker Spanish Chickpeas and Rice. First, I had to reduce the quantities of ingredients a bit because I was afraid that it wouldn’t all fit in my 8 cup capacity rice cooker. I reduced the amount of artichoke hearts and chickpeas, and swapped out the diced onion for onion powder. Swapping the fresh onion and garlic for powdered versions also served to make this version of the recipe even easier more beginner-friendly. The only chopping you need to do is slicing the lemon, and chopping the parsley garnish at the end! I also reduced the broth slightly, to account for the fact that less evaporation occurs in a rice cooker compared to a skillet on the stove top.

What Rice Cooker am I Using?

Can I Make This in an Instant Pot?

The “rice” function on the Instant Pot cooks food in the same manner as a rice cooker, so this recipe should work just fine in an Instant Pot, providing you are using the rice function and not a pressure cooking function. That being said, I have not had a chance to actually test this recipe using an Instant Pot. 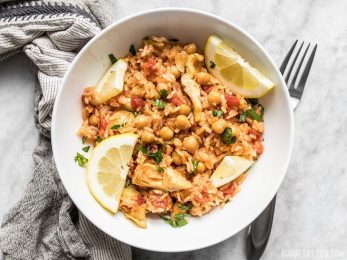 Rice Cooker Spanish Chickpeas and Rice is an incredibly easy and inexpensive vegan dinner that will keep you full and happy with very little effort. 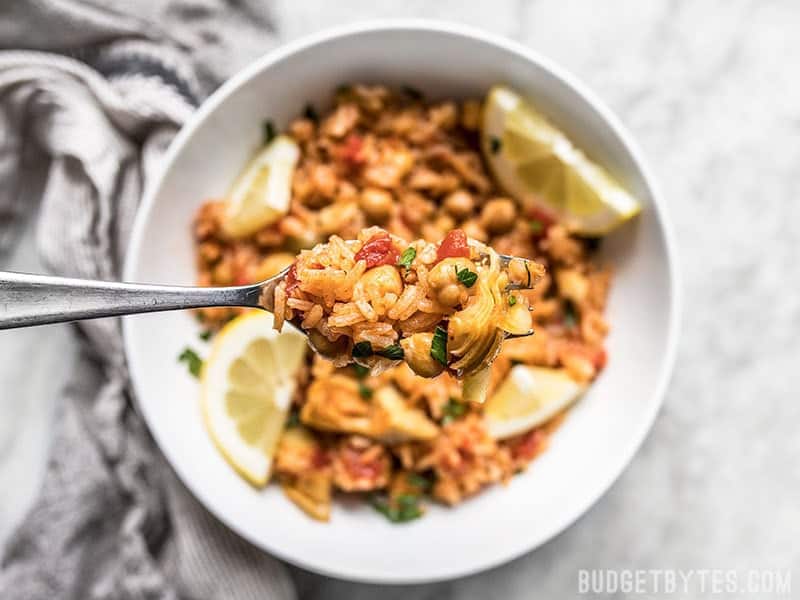 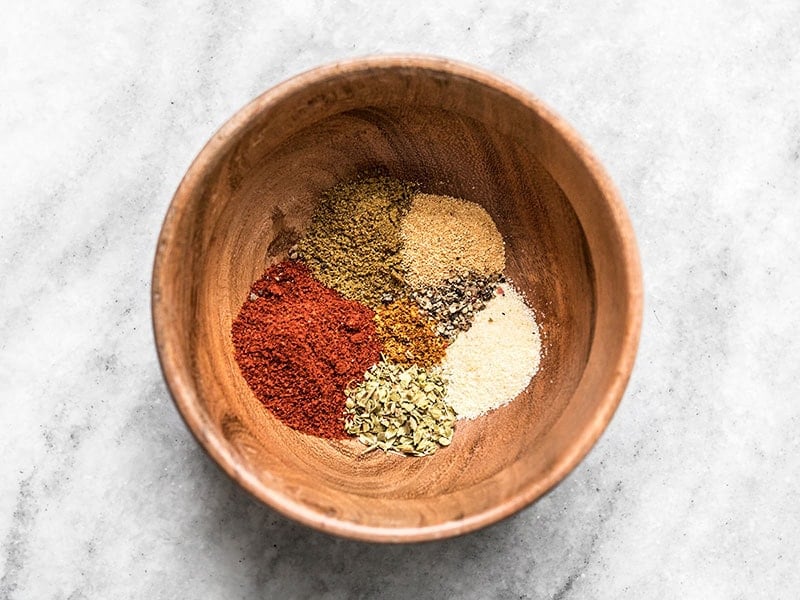 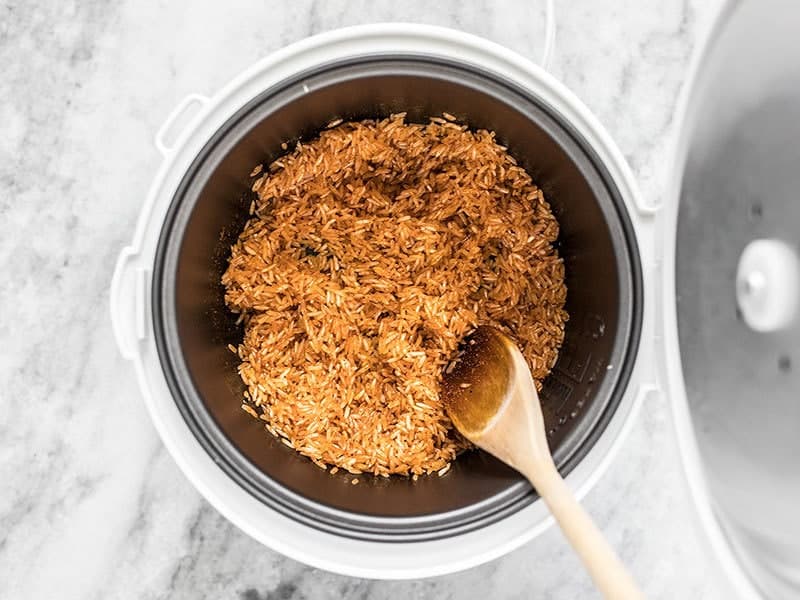 Add 1 Tbsp olive oil, 1 cup of long grain white rice, and all of the spices listed above to the bowl of the rice cooker. Stir until the rice is coated in oil and spices. 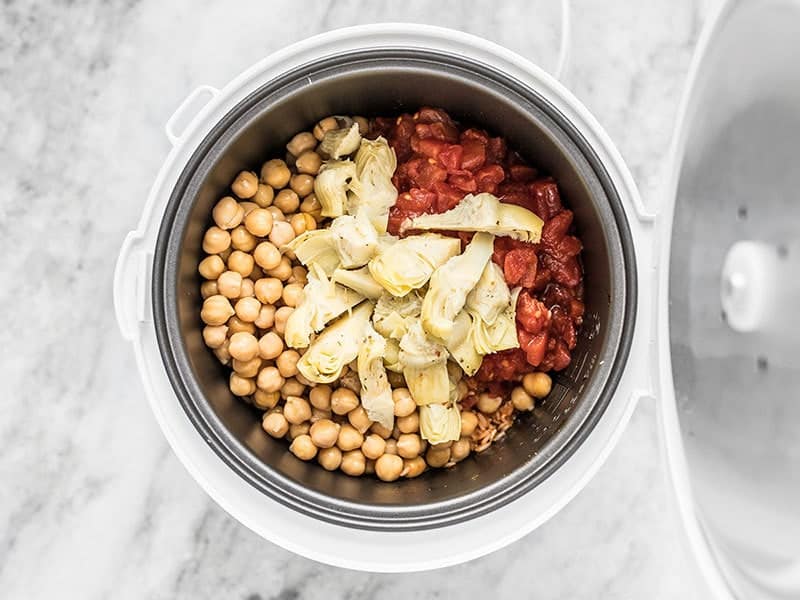 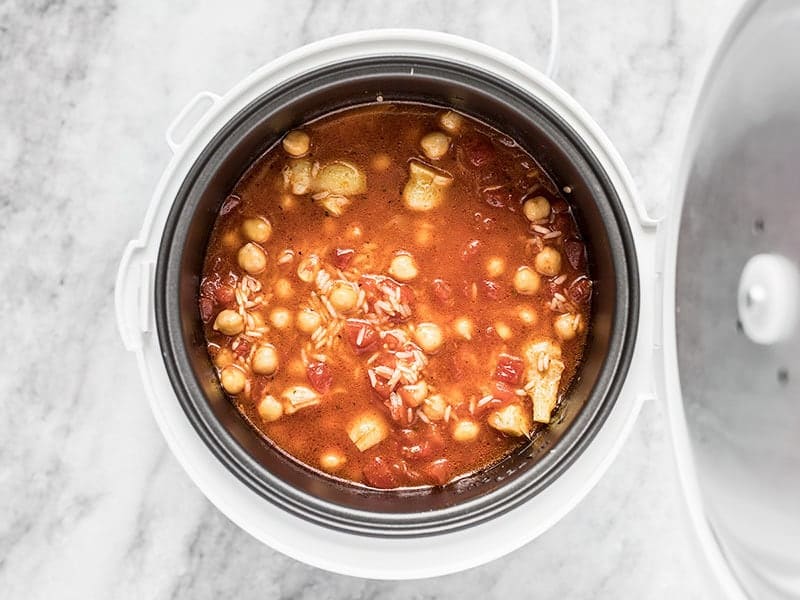 Finally, add 1 cup vegetable broth to the rice cooker and stir briefly to make sure everything is combined. 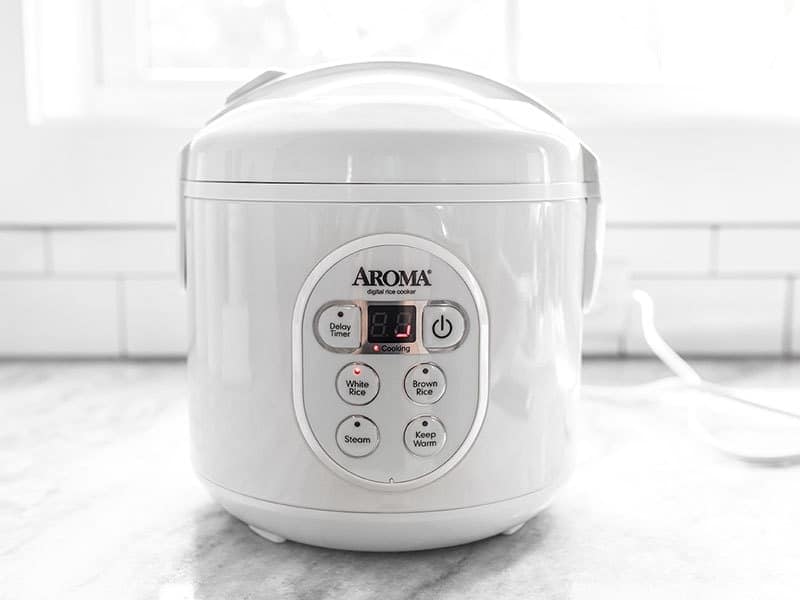 Close the rice cooker and set it to the white rice setting, or if your rice cooker just has one basic “cook” function, choose that. Once it has finished the cook cycle, let it rest on the “keep warm” setting for at least 5 minutes. This helps the rice absorb any excess steam and makes everything cooked a little more evenly. 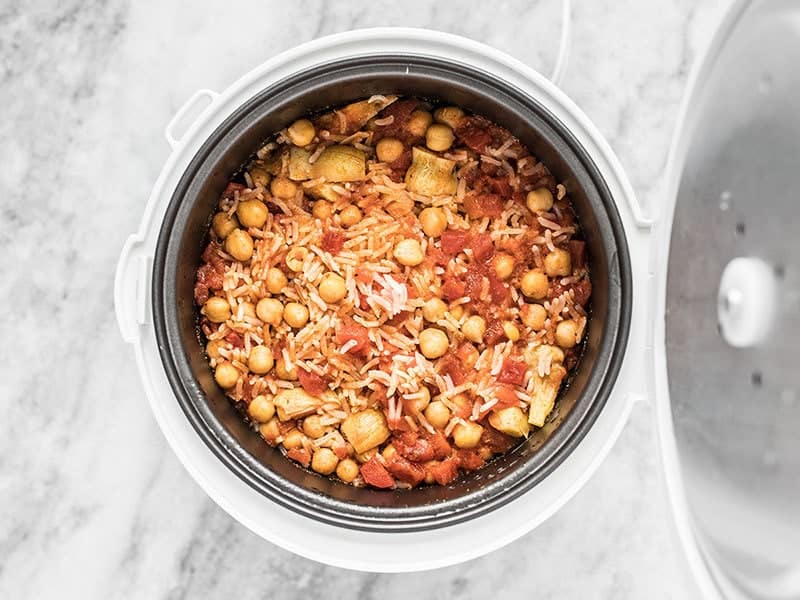 After resting for at least 5 minutes, open the cooker and it will look a little like the photo above. 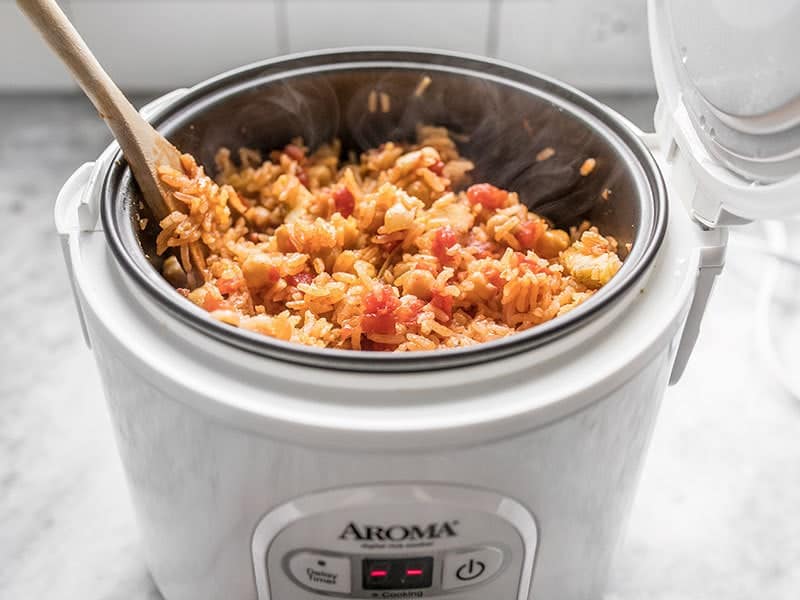 Gently fluff and stir the mixture to make sure everything is evenly combined. 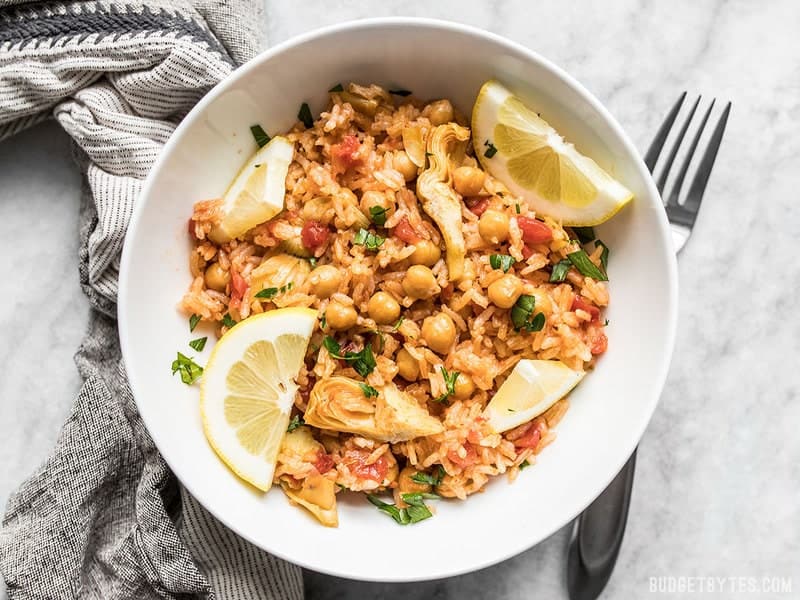 To serve the Rice Cooker Spanish Chickpeas and rice simply spoon the rice mixture into a bowl, top with chopped parsley, and serve with a couple wedges of lemon. Squeeze the lemon over the rice just before eating. Enjoy!