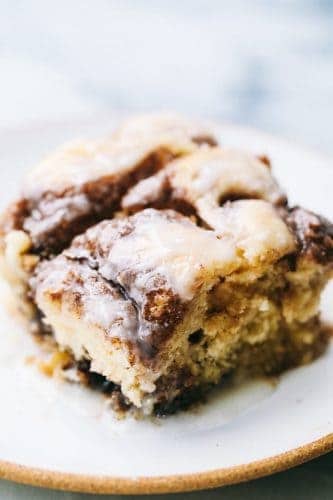 Cinnamon Roll Cake is a cinnamon roll turned into an gooey gooey delicious cake!  Swirled with buttery brown sugar cinnamon and topped with a glaze… this is the BEST cake EVER! 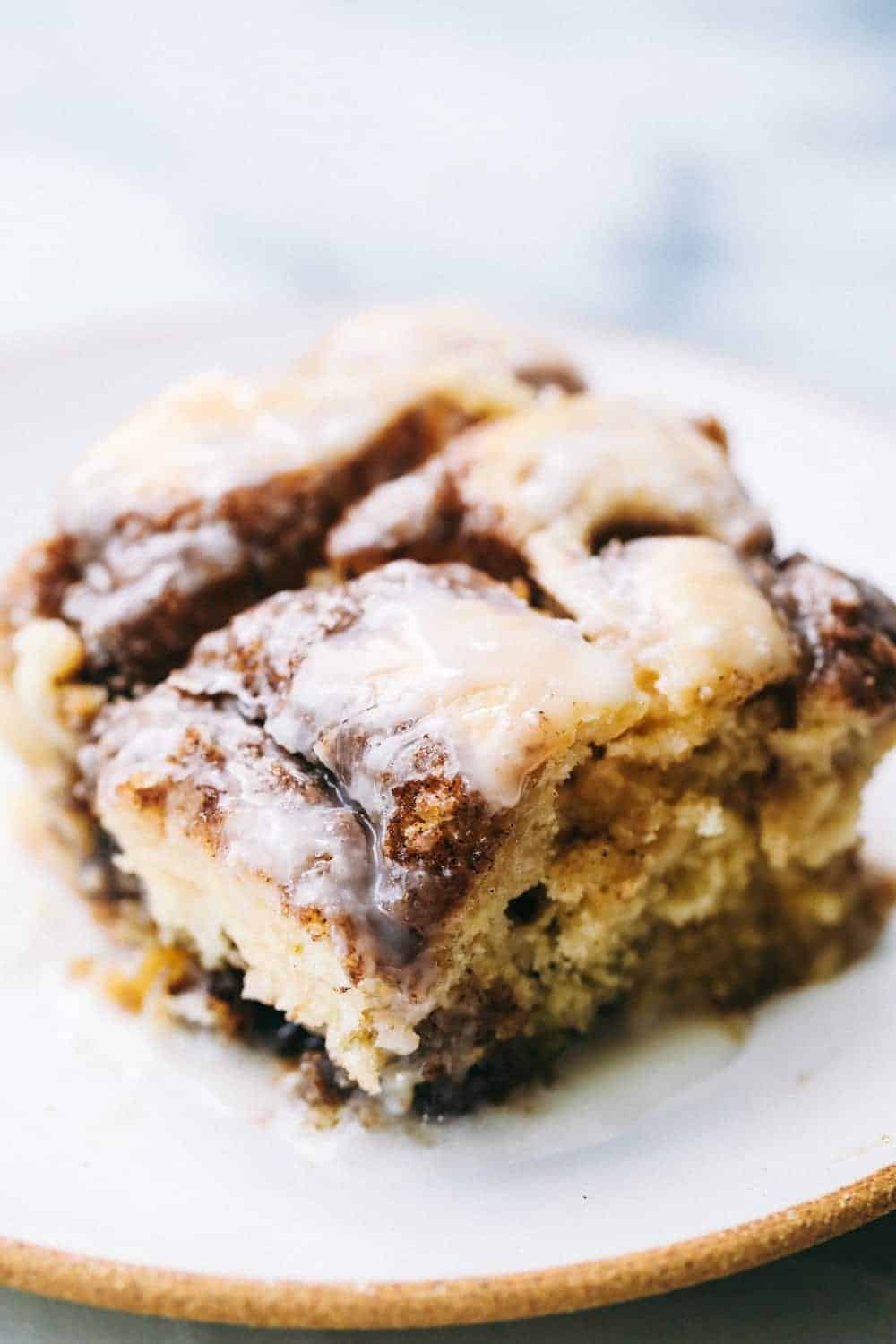 This cinnamon roll cake first made its debut on the blog in 2012.  One of the first and BEST recipes here on the blog.  But the pictures just weren’t doing it any justice.  An gooey gooey Cinnabon cinnamon roll turned into a cake!?  You know this HAS to be good!  The best part is every time I make it, I have all of the ingredients on hand.  This is a warm cake that gets swirled with buttery cinnamon brown sugar and baked to perfection.  You put the glaze on the warm cake and it seeps into the brown sugar.  I am telling you, this cake is to die for.  We make it all of the time as a family and my kids beg me for it all of the time. We serve it right out of the oven and it is gone in a matter of minutes!

HOW DO YOU MAKE CINNAMON ROLL CAKE? 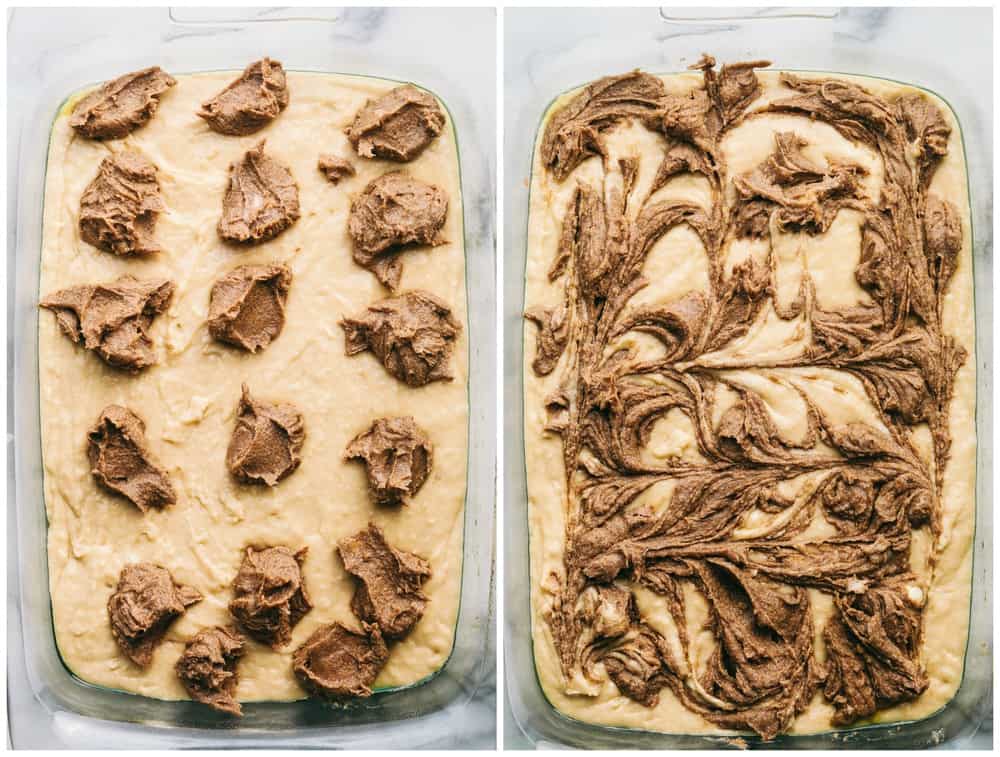 CAN I ADD NUTS TO MY CAKE?

The recipe has an option to add nuts with the butter cinnamon brown sugar mixture.  You can add chopped pecans or even walnuts for an even better cake!

HOW DO I TELL IF THE CAKE IS DONE?

Stick a toothpick in the center and if it comes out clean it is done.  The cake will be slightly brown and the edges will slightly pull away from the sides. 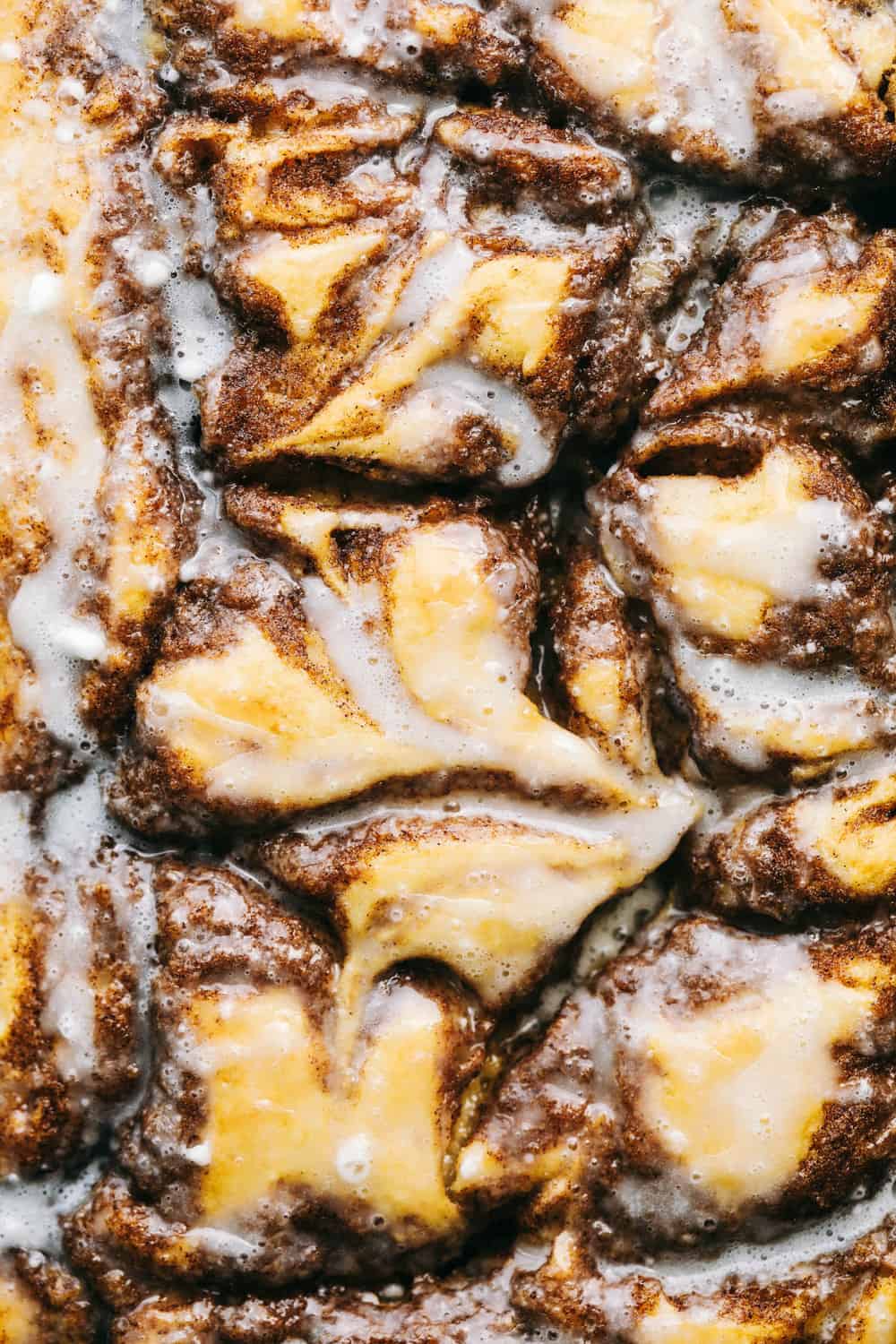 Watch the video below to see how the cake is made!