Last weekend, after visiting our son at sleep-away camp, Michael and I spent a few days at The Lodge at Woodloch, a spa/resort in the Poconos. It was beautiful — and I love all that Zen spa stuff — but Michael joked that it was named Woodloch because they lock you in the woods with nothing to do and starve you with teeny-tiny portions. Spa cuisine: sooo not his thing. But portions aside, we both enjoyed some wonderful food, including tuna poke (pronounced po-kay), a traditional Hawaiian salad of raw tuna marinated in soy sauce, sesame oil, and onions. I wasn’t surprised to see this dish on the menu since poke is all the rage and poke shops seem to be popping up everywhere.

I have a tuna poke appetizer in my cookbook but this one, served over sushi rice and loaded with your favorite toppings, is meant to be a meal. It’s “spa cuisine” for sure, but since you’re making it yourself, you can have as much as you like. And I put potato chips on mine — sounds weird, I know, but they make a delicious (and easy) substitute for crispy fried wontons.

When selecting your tuna, be sure to get fresh, sushi-grade yellowfin or bigeye tuna (both referred to as “ahi”), with a pink or reddish color. Locally (in the Washington, DC area), I’ve found fresh ahi tuna at Harris Teeter. Also, Whole Foods carries frozen yellowfin tuna that works nicely. Just be sure not to buy Albacore tuna, which is the white tuna used to make canned tuna fish. 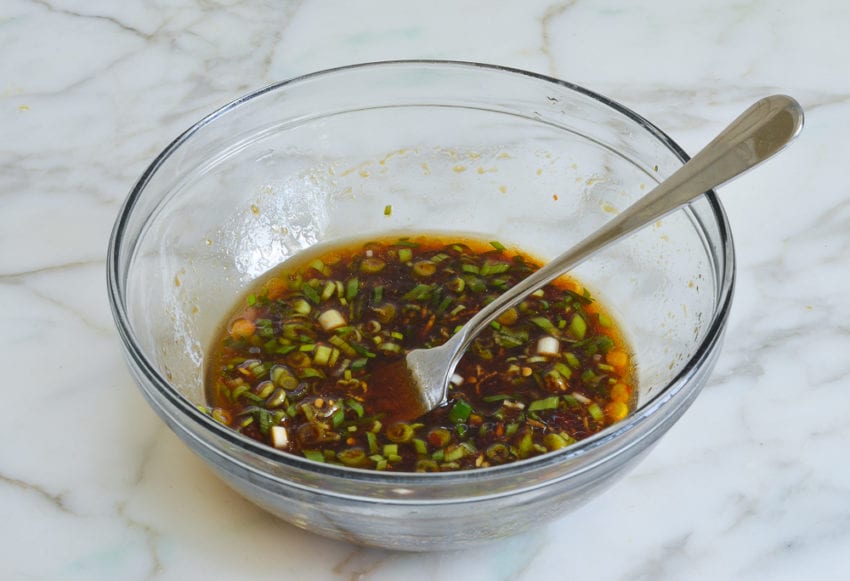 Add the tuna and toss. Let the mixture sit in the fridge for at least 15 minutes or up to 1 hour.

To serve, scoop rice into bowls, top with tuna poke and desired toppings. 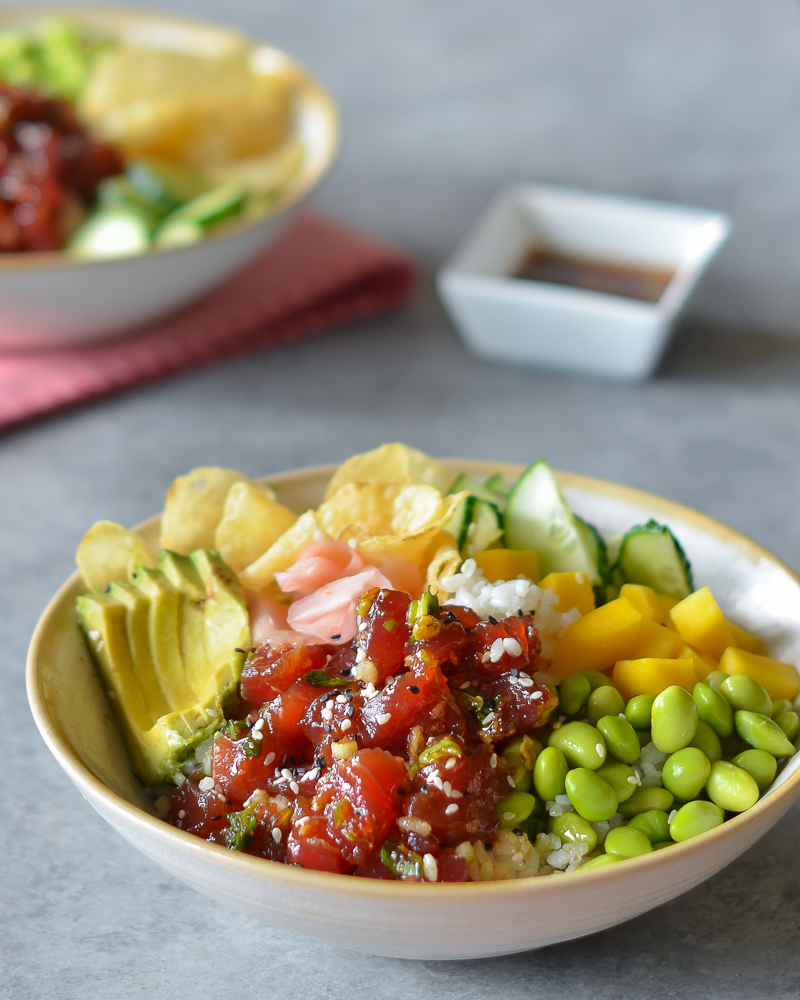 The post Tuna Poke Bowls appeared first on Once Upon a Chef.